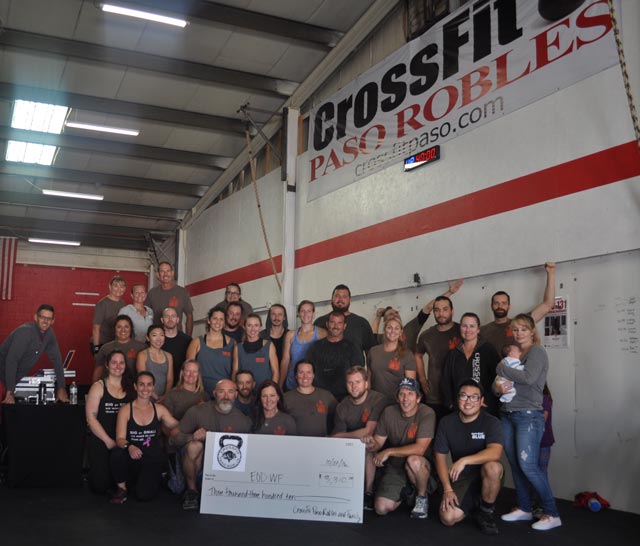 The EOD 131 Memorial Workout is done in honor of the 131 EOD technicians in the Navy, Army, Marine Corps and Air Force who have made the ultimate sacrifice since the September 11 attacks on the United States.

Since taking ownership of CrossFit Paso Robles in 2014, Chad and Kerin Bennett have adopted the EOD Warrior Foundation as their primary charity and have hosted two annual events.

This year the members of CrossFit Paso Robles raised more than double the amount of money from the previous year with a record attendance. CrossFit Paso Robles is among the top 10 fundraisers for the EOD 131 Workout so far this year. With 28 athletes completing the workout and dozens more in attendance, $3,310 was raised.