Some of Cuesta College’s best of the best graduates have been selected to be the institution’s 2014 Honored Alumni. Now in its 26th year, the Honored Alumni Awards were established in 1989 to recognize outstanding professional achievements and service of former Cuesta College students. The 2014 Honored Alumni are Robert L. Holley, Inga Swearingen, Jacob Thomas-Franklin Wall and Elonye Wilkins. The four will be recognized during the college’s Opening Day on Friday, January 17th, 2014.

Beginning his career in the food services industry, Holley was hired onto the opening crew of the first McDonald’s in San Luis Obispo in 1969. The 1975 Cuesta College graduate has gone on to own and operate two successful restaurants in Oregon for more than 20 years, one of which was written up in Sunset Magazine as one of the Top 10 Steakhouses in the West. “Cuesta College provided me with a solid general education,” said Holley. “All of the classes I took impacted my skill set and ability to be successful in business.” 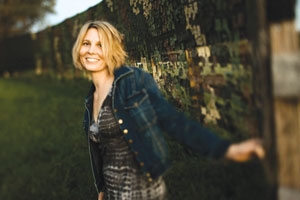 After studying music at San Luis Obispo High, Cuesta College, Cal Poly and then earning a master’s in choral conducting at Florida State University, Swearingen began what has become a very successful musical career. Among her accomplishments as a jazz vocalist are repeated appearances on the live NPR broadcast “A Prairie Home Companion” with Garrison Keillor. Today, the 2001 Cuesta graduate also teaches music at her alma mater – Cuesta College. “I am now colleagues with some of my previous instructors and that is quite an honor,” Swearingen said.

Graduating from Cuesta College in 2000, Wall is the co-founder and chief designer of Artful Gentleman, a San Francisco-based company that blurs gender lines in its creation of sleek and edgy suits and clothing for both men and women. The alum holds an MBA in Global Business & Marketing and credits his experience at Cuesta to opening his eyes to gender equality. “I still remember that ‘light bulb’ moment in class when I realized that gender is as much a form of culture and classism as any other grouping,” said Wall. In August of 2013, Wall put on Suit Up for Equality, a fundraiser in San Francisco for marriage equality and the Human Rights Campaign.

Only three years after graduating Cuesta College in 1972, Wilkins became the first female correctional officer in the nation to work in an all-male federal correctional institute. “I had to do the same job as the male correctional officers, such as being locked in a living unit of 120 hardened criminals,” remembers Wilkins, who worked at the FCI Lompoc. “Until I locked the inmates in their cells at night or let them out for jobs and breakfast, I had contact with them.” Wilkins went on to become an import specialist with the U.S. Customs and Border Protection, retiring in 2010 after 40-year career with the Federal Government.