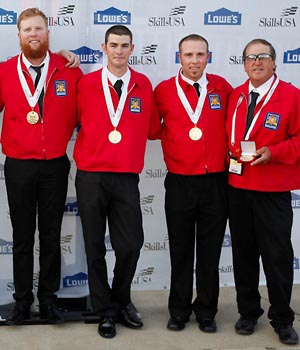 The team, comprised of Joey Grant of Atascadero, Trevor Poindexter of San Luis Obispo, and William Dexter of Half Moon Bay, Calif, built a large tool box with a removable tray intended for use at a construction job site. The contestants were required to submit a design set of drawings and fabricate the project in 6.5 hours.