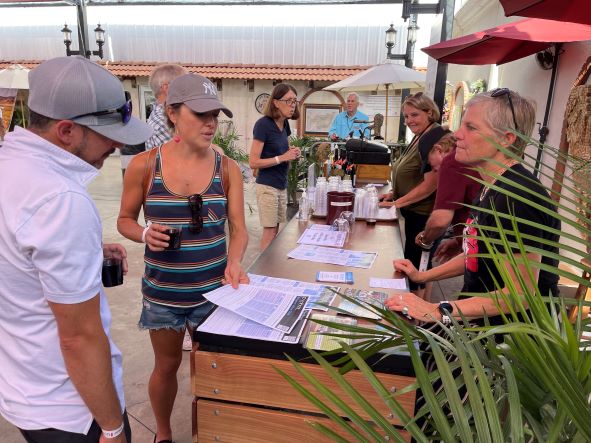 – Earlier this summer, the Orange County Wine Society (OCWS), in partnership with the OC Fair, awarded Cypher Winery six medals in the 2022 OC Fair Commercial Wine Competition. One of only eight Paso Robles wineries to receive a double gold, Cypher won a double-gold medal for the 2017 Phoenix, Gold Medals for 2017 Fifth Element, 2017 Slayer, and 2018 ZinPunk, and Silver Medals for 2017 Theory Z and 2017 Theory Z.

“Winning medals for all six wines submitted to the competition validates what we consistently hear from our customers and club members – Cypher wines are some of the finest in Paso Robles, and the entire lineup is consistently great!” Cypher proprietor and winemaker Susan “SAM” Mahler said.  “My goal has been to create exceptional wines that reveal complexity and elegance and take people on a creative exploration of winemaking and blending.” 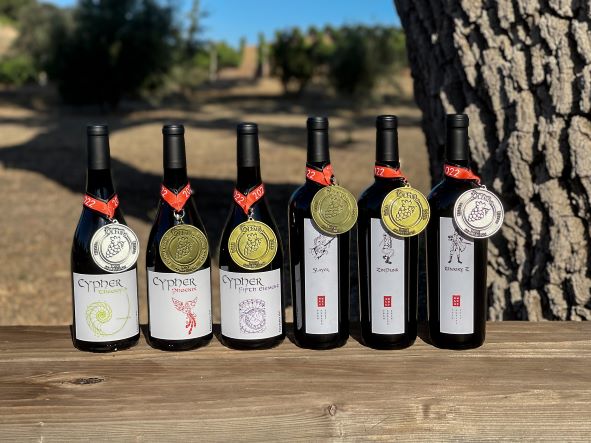 As a featured winemaker, Mahler poured her award-winning wines at the OC Fair Courtyard on Sunday, July 24, with the support of volunteers from the OCWS. Funds raised benefit the OCWS Scholarship program that has funded $706,681 to 8 California Colleges and Universities for viticulture and culinary arts students.

In addition to Cypher’s wine awards, the Cypher Anime Series labels ZinPunk, Slayer, and Theory Z won a Bronze Award from the OC Fair in the Thematic category.