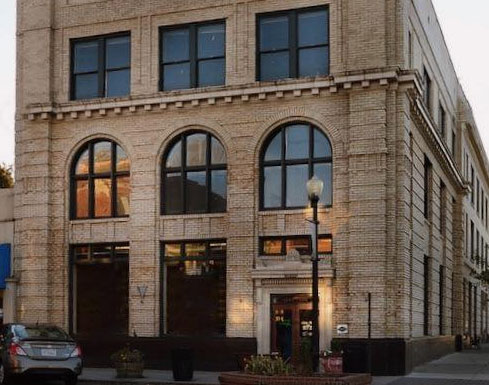 The brothers, whose commercial enterprises include Daou Vineyards & Winery in Paso Robles and the future Daou Ocean project in Cambria, closed the deal late January on the nearly century-old Bank of Italy building in Paso Robles, the Daily Ovation reports.

The historic building is on the corner of Park and 13th streets, just a block north of Downtown City Park.

The Daou brothers’ plans include to remodel, renovate and convert the brick building, listed on the National Register of Historic Places since 1998, into its downtown headquarters, according to Daou senior vice president Maeve Pesquera.

She said the 15,000-square-foot building “is historically significant for its Renaissance revival architectural style and its devotion to commerce in the early days of growth and prosperity in small-town Paso Robles.”

“Our goal is the continue to vision and purpose of the original architect — Arthur Nyberg — and activate this building’s position as a center of commerce in the world-class wine-growing region of Paso Robles,” Pesquera said.

“We will utilize the upper floors of the building for our corporate offices and there will be a hospitality venue on the first floor” that will feature Daou wines, she said. “We will clean the exterior of the building and maintain its iconic façade and existing architectural style.”

The building was previously owned by Ali’s Jewelry store owner, Salmanzadeh Family Trust, but was sold in January 2019 to JLS, LLC. This month, JLS LLC sold the property to Daou Vineyards for a reported $4.5 million.