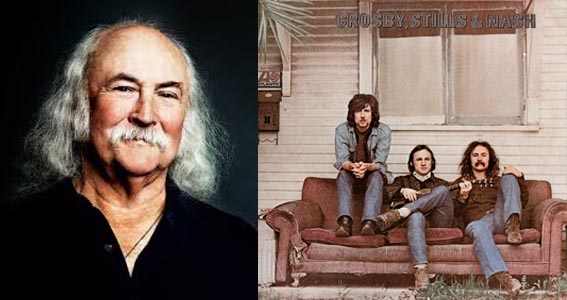 Visionary artist has been creating ‘reactive’ music for over six decades

–David Crosby, the legendary artist who was a founding member of classic folk bands The Byrds and Crosby, Stills, Nash, and Young, will take to the Vina Robles stage with new music and a new band made up of family and friends on April 25. 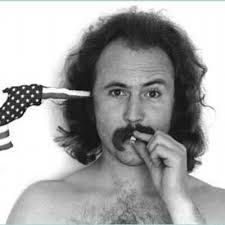 “Vina Robles… I like playing there,” said Crosby in a recent interview with the Paso Robles Daily News. Crosby, who currently lives in Santa Ynez, says he enjoys playing for the Central Coast crowd at Paso Robles’ very own intimate amphitheater.

Crosby’s music has always been recognizable, but folk wasn’t the direction that he actively chose to go, rather, it chose him. “I didn’t think about it,” said Cosby when asked why he chose to pursue folk music in particular. A quote from author Paulo Cohelo comes to mind, “You don’t choose your life; it chooses you.”

Crosby grew up in Southern California and started playing gigs down the road in Santa Barbara. He said he picked up the ability to discern harmonies naturally since the age of six. He said some early influences included The Everly Brothers and The Weavers.

“My music is about love… and people…people that inspire me,” he said. But most importantly, Crosby says the music he has helped to create has always been “reactionary.” The song Ohio, for instance, was a reaction to the Kent State Massacre. Neil Young wrote the lyrics to Ohio after seeing the photos of the incident in Life Magazine. The song was recorded live in just a few takes, rush-released and heard on the radio with only a few weeks’ delay after the incident. Young later termed the Kent State incident as “probably the biggest lesson ever learned at an American place of learning” and reported that “David Crosby cried when we finished this take.”

Nowadays, Crosby is still reactionary. His latest single, Capitol, is a direct stab at Congress. “They come for the power, for the power they stay, and they’ll do anything to keep it that way,” he croons. “They’ll ignore the constitution, and hide behind the scenes, anything to stay a part of the machine.”

His outlook on the current political climate, in general, is dismal. A long-time supporter of civil rights, Crosby said, “we thought it was a major step,” when Obama was voted in as the first African-American President. “And he was a great president,” he said. But now? “We’ve elected an absolute idiot,” who he says, “Isn’t fit to lead a box of tissue.” Crosby never was one to keep his political opinions hidden. The song was uploaded to SoundCloud bearing the message “This is what we think of you Congress!”

Joining him at Vina Robles will be five exceptionally talented musical friends: his son, James Raymond, on keys, Mai Agan on bass, Steve DiStanislao on drums, Jeff Pevar on guitar and Michelle Willis on keys and vocals. Crosby will be performing music from his recent solo album “Croz,” which Raymond helped co-produce, and the soon-to-be-released new album “Sky Trails,” alongside some of his greatest hits.

He is particularly excited to take the stage with his son. Soon after the release of Croz in 2014, he told Rolling Stone, “I am intensely proud of the songs and the production that James and [co-producer] Dan Garcia did…And it is family affair, since my younger son, Django, took the cover picture. I do think it is some of the best work of my life, and I couldn’t be happier.”

Crosby said that his family is by far his greatest achievement and the thing that brings him the most joy. His biggest regret? “Ever picking up hard drugs,” he said. But he has more than paid his dues for that mistake. Now he seems grounded, humble, and still sharp as a tack. He says his focus now is on love, happiness, and continuing to create music that serves as a mirror for our society, reflecting our highest highs and our lowest lows; saying what needs to be said. 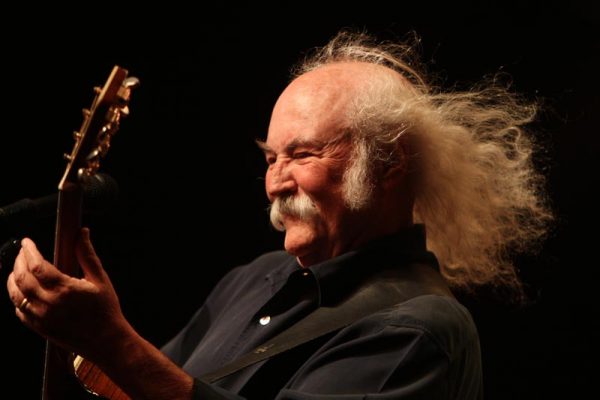