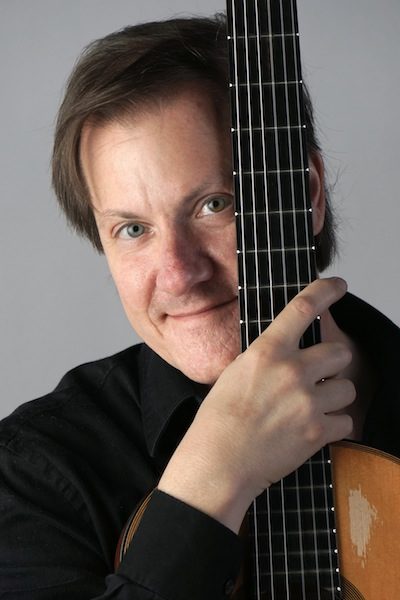 –Solo guitarist David Rogers will perform Friday, April 19 from 7 to 9 p.m. at The Porch Cafe in Santa Margarita.

Termed, ‘a prominent guitarist,’ by the New York Times and praised by The Washington Post for his ‘astonishingly florid’ improvisations, Rogers presents an evening of solo guitar music with strong leanings towards jazz, world, folk and classical music.

Rogers will play a program based around Spanish, Flamenco, Up-Tempo Latin, original settings of Neil Young, Leonard Cohen, Rolling Stones’ songs, as well as music by the Beatles, J.S. Bach and original compositions.

The Porch Cafe is located at 22322 El Camino Real in Santa Margarita. For more information call the cafe (805) 438-3376 or visit the artist’s website at davidrogersguitar.com.