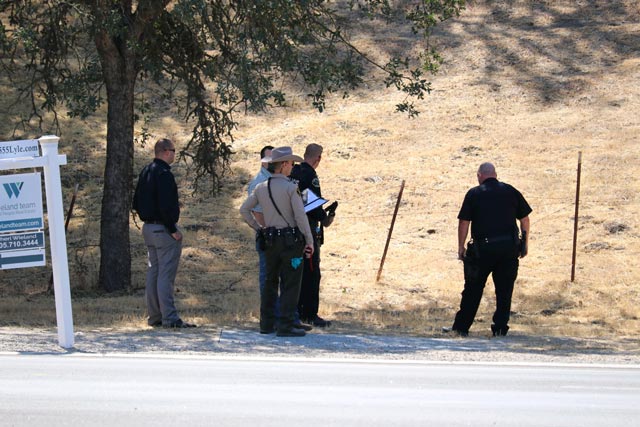 Police investigate the scene of a dead body found off Union Road.

–The Paso Robles Police Department responded on Saturday morning at about 11 a.m. to a report of a dead body found along the side of a road.

The body of an unidentified adult black male was located lying face down in a ditch off the southside of Union Road near Kleck Road. The body, found a few feet off the roadside, was decomposed and unrecognizable.

Paso Robles Police officers and San Luis Obispo County Sheriff’s Office investigators were on the scene Saturday and said they were investigating a possible homicide.

On Saturday afternoon, Paso Robles Police Commander Caleb Davis said, “The information is limited at this time and the case is still under investigation. The deceased person is a male adult and the name is not going to be released at this time. Preliminary investigation does not appear to be suspicious at all but the investigation remains ongoing.”

No other details were available. Check back on this story for updates. 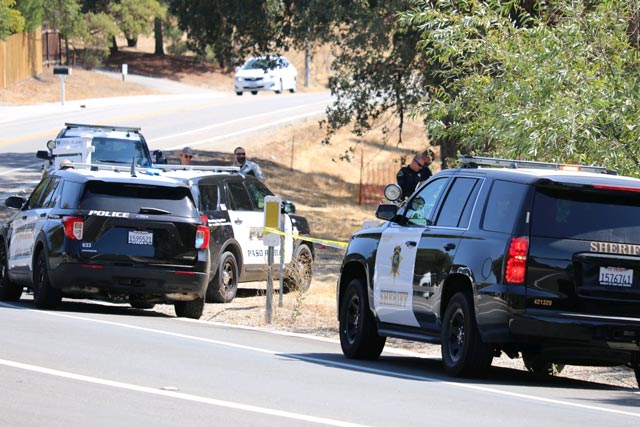 Police cars parked along Union Road, where a body was found Saturday morning.

–Photos and report by Jason Brock