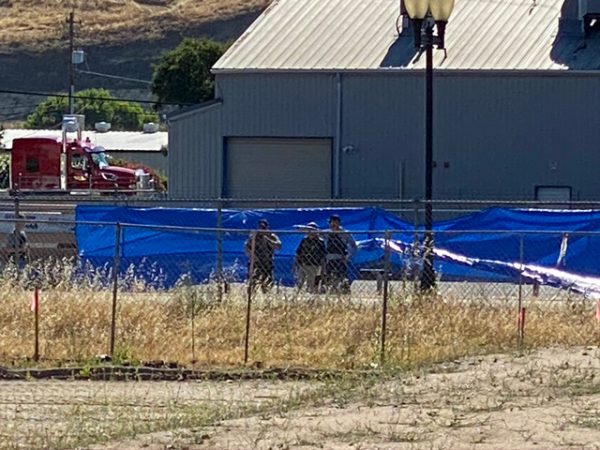 A body was discovered this morning in the vicinity of the Amtrak station at 8th Street and Pine Street in Paso Robles. Sheriff’s Coroner Investigators have determined the cause of death to be a homicide. The victim was an adult male in his 40s who was shot in the head at close proximity.

Investigators believe the homicide is related to the shooting incident this morning that is being investigated by the Sheriff’s Office. Anyone with information is asked to please contact the Paso Robles Police Department.

A deceased person found at the train station in Paso Robles 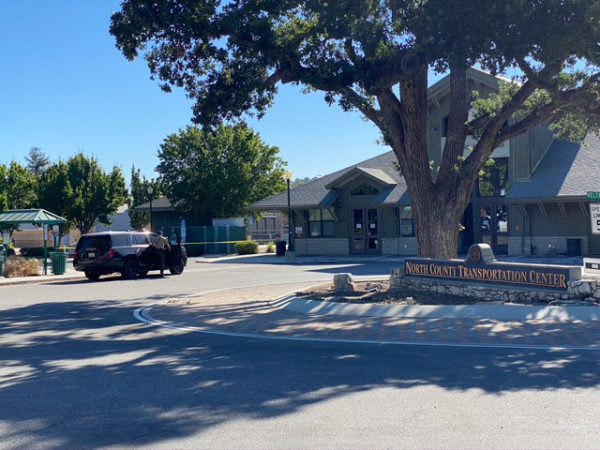 The North County Transportation Center at Pine and 8th streets is cordoned off with yellow police tape Wednesday at 9 a.m.

–A dead body was discovered near the Paso Robles train station with a reported blunt force trauma to the back of the head. The person was found on the west side of the railroad tracks. The North County Transportation Center at Pine and 8th streets was closed and cordoned off with yellow police tape 9 a.m. on Wednesday.

Details above were confirmed by the San Luis Obispo County Sheriff’s Office but no further information was given. As of 8 a.m., law enforcement personnel were en route to investigate.

At this time it is unknown if the death is related to the ongoing manhunt in Downtown Paso Robles for a suspect who shot a SLO County Sheriff’s deputy early Wednesday morning.