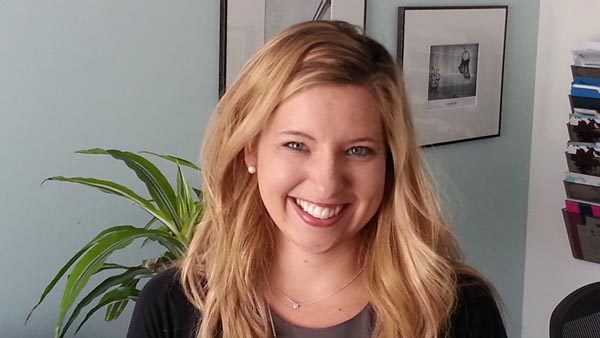 Allison Platz will begin career as an assistant for ARRO Autogas

– Delta Liquid Energy, a family owned and operated propane distribution business since 1936, announced the hiring of Allison Platz, great-granddaughter of DLE founders; the late Harry and Iva Platz of Atascadero. Platz is the first, fourth-generation family member to join the company with the intent of carrying on the family legacy. She begins her propane career as an assistant in their propane autogas division: ARRO Autogas, learning from the ground up.

Platz is a 2010 graduate of Cal Poly San Luis Obispo where she earned a bachelor’s degree in Business Administration. After graduation she put into practice the skills she obtained while working her way through college in sales and marketing. Landing jobs in event management led her to the San Francisco Bay Area for a few years and eventually brought her back to the Central Coast where she worked most recently at Allegretto Vineyard Resort in Paso Robles.

“I am excited to learn everything there is to know about Delta Liquid Energy and how it works, in hopes of someday filling the shoes of my father,” she said. “Everyone here has been very welcoming so far and I look forward to growing with this team for years to come.”

“Learning about the propane industry has been a constant in my life,” Platz says. “From things like when we’d be driving down the road, and dad would say, ‘Hey kids, look at the propane tank!’ or I would be at the dinner table listening to my family’s excited chatter about how the industry was growing; it was always a huge part of my childhood. These situations, along with others, encouraged me to change my career path so that I may build upon the legacy created by my father, grandparents and my great-grandparents.”

Delta Liquid Energy is now a Fourth Generation family-owned and operated business that started in 1936 as San Luis Butane by Allison’s Great-Grandparents Harry and Iva Platz. In 1959 brothers Frank and Joe Platz, sons of Harry and Iva, bought the company and grew it to three retail locations by 1968. Both being camping enthusiasts, they decided to start a recreational vehicle parts and repair company, still in business today, called Delta RV. Fifty years later, the late Joe Platz retired and sold his ownership leaving his brother Frank and nephew William (Bill) Platz to continue the company. In 1987 they renamed San Luis Butane to Delta Liquid Energy. In 1989 Sister Cindy Platz-Gordon joined the company.

Today, Delta Liquid Energy is run by brother and sister, President Bill Platz and Vice President of Administration Cindy Platz–Belmont, and employs 125 people. The company has expanded to 10 retail locations in California and Nevada and two rail terminals with bulk storage and transport services based out of Santa Maria and Rosamond, Calif.