Paso Robles-based Delta Liquid Energy is a local company owned and operated by a third-generation propane marketing family, the Platz. More than a third of its 120-plus employees have been with the company for more than a decade. This year, the company celebrates the anniversaries of three of its long-standing “family” members, Don Dockstader, Skip Gise and Tony Silvestre. 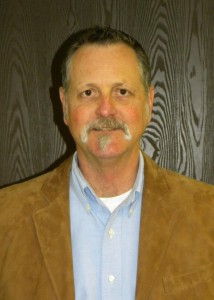 Vice President and Wholesale Operations Manager Don Dockstader has been with the company for 28 years. Prior to coming to Delta Liquid Energy nearly three decades ago, Dockstader trained race horses and worked for a heating and sheet metal company. He recalls that he wanted a stable job and thought the energy industry would be a great place to work. Today, Dockstader oversees the AePEX Energy division of DLE, which deals with propane supply and distribution logistics.

Looking back, Dockstader says times have certainly changed since he joined the company. “When I first started, they didn’t have computers or cell phones and had to use two-way radios and pagers,” he remembers. “If a driver had to talk to someone he would receive a page and have to get out and use a pay phone!”

Manager of Terminal Services Skip Gise has been with the company for 18 years. During the last two decades, Gise has seen similar transformations in technology while managing DLE’s truck and rail terminal in Rosamond, supplying Delta Liquid Energy and other companies with propane. 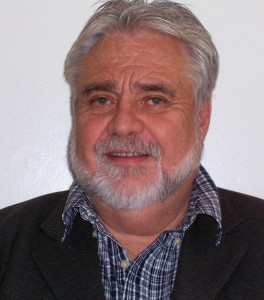 “When I started, we had one transport; now, there are six transports and several rail cars,” Gise says. “We move a lot of gas by rail car and everything is computerized now, with the use of cell phones making the job a lot easier.”

Previously the owner of a limousine service company, Gise had been working as a cross country truck driver when he discovered the propane industry.

“I was driving through all of these small towns—often living in a truck for six weeks at a time—and I noticed they all had a propane company,” he recalls.

Gise thought that line of work would be a great change for him. Eighteen years later, Gise says he truly enjoys working at DLE and is very thankful for the Platz family. “The company has taken good care of me and I try to do the same. It’s a great company to work for!”

Delivery Specialist Tony Silvestre has been an employee for 14 years. Silvestre had been running a rail terminal for one of Delta Liquid Energy’s competitors for nine years prior to seeing an advertisement in the paper about the opportunity to work for a local propane business.

He began as a bobtail driver for DLE, and was soon transferred to drive transports, hauling loads across the region to the company’s nine branches. 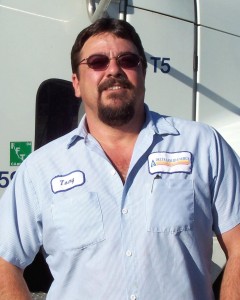 Silvestre says his job has been made easier by newer and more efficient equipment over the years, but the company culture has always been above par. “I feel like part of the Delta Liquid Energy family,” Silvestre says. “I would like to spend another 15 years with company and retire here.”

Delta Liquid Energy/ Aepex Energy is headquartered in Paso Robles. The company has been in business since 1936 and operates nine service facilities throughout California.