–Friday at 12:01 a.m., Paso Robles Police responded to Denny’s in Paso Robles for a reported robbery. The robbery victim was an employee of Denny’s who stated that he was on his break when two males approached him in the parking lot and demanded at knifepoint that he hand over his wallet.

The employee handed over the wallet, then the two suspects, one described as a Black male adult wearing white shorts and the second suspect a White male adult wearing dark jeans, fled southbound on foot along the fence line paralleling the fairgrounds.

Paso Robles police officers have requested a K-9 from the SLO County Sheriffs to assist in locating the two suspects. The sheriff’s office is continuing the search. The two suspects are still at large. No further information is available at this time. 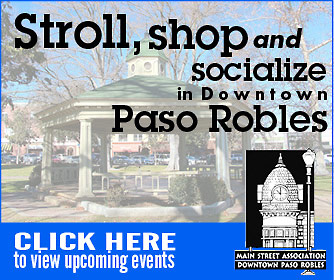