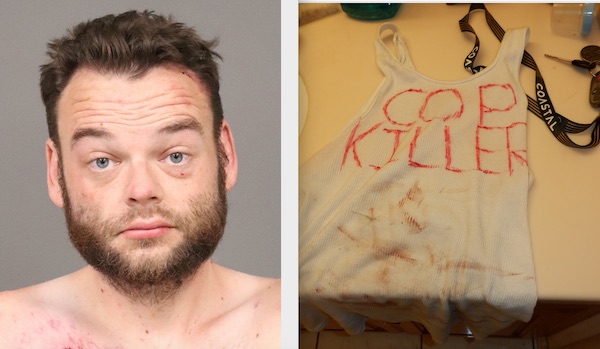 36-year-old Adam Helya was reportedly observed wearing a T-shirt with the handwritten words “Cop Killer” on it.

–On Monday, San Luis Obispo County Sheriff Office deputies responded to a call regarding a suicidal subject in the 3200 block of Bradford Circle in Cambria. Witnesses reported seeing the subject, 36-year-old Adam Helyar, inside his residence in Cambria, covered in blood, and making threats to harm law enforcement officers.

A few days prior, Helyar had reportedly threatened to kill his mother who also lived at the residence and had made statements to her about ambushing and killing law enforcement officers. 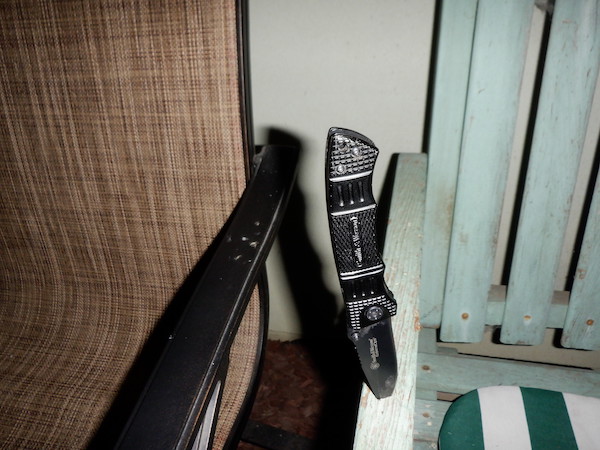 When deputies arrived, they said they were made aware this could potentially turn into a suicide-by-cop situation. Helyar was observed throwing items including wooden chairs down an embankment in the back yard. Helyar was also observed wearing a T-shirt with the handwritten words “Cop Killer” on it.

Deputies set up a perimeter around the residence. Recognizing that Helyar was going through a mental health crisis, the deputies began negotiating with Helyar. The suspect continued going in and out of his residence during the negotiations.

At one point, Helyar refused commands to show his hands and began running toward the deputies. At that time, deputies deployed less-lethal bean bag rounds at Helyar, striking him.
Helyar ran back inside his residence, came back out and returned to where the Deputies were located. He again refused commands to show his hands and began yelling obscenities at the Deputies. It should be noted, Helyar had access to multiple weapons nearby which included a pellet gun which resembled a handgun, two machetes, and a folding knife which was open. 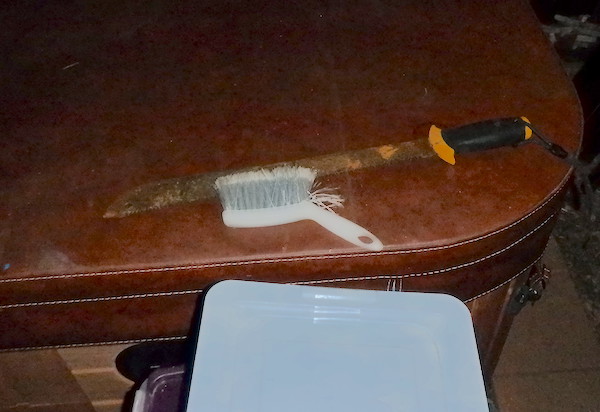 Deputies were able to surround and subdue Helyar. A deputy accompanied Helyar as he was being transported by ambulance to be medically cleared. At this time, the deputy stated Helyar made threats to kill the deputy and the deputy’s family members. Once Helyar was medically cleared at the hospital he was booked into County Jail. 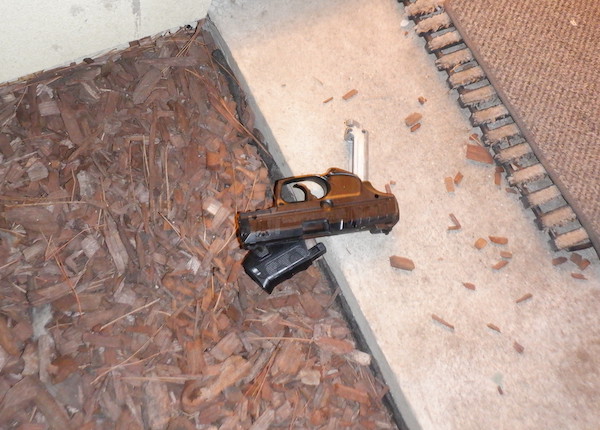 Helyar was arrested for resisting a law enforcement officer and for threatening a crime with the intent to terrorize. Helyar is now receiving mental health care while in custody.