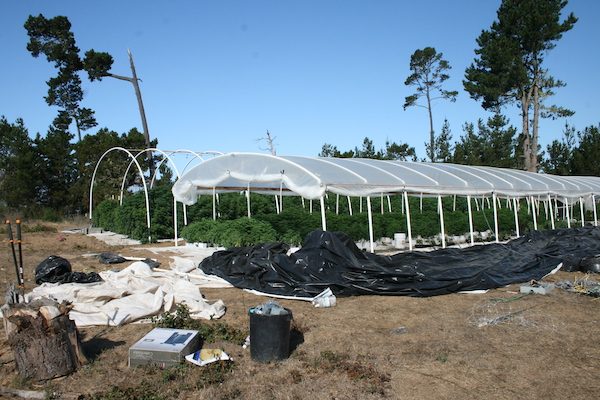 –On Thursday, San Luis Obispo County Sheriff‘s Narcotics Detectives investigated an illegal trespass marijuana grow near the intersection of Main Street and Santa Rosa Creek Road on private property in Cambria. The location is on a hilltop above both Coast Union High School and Cambria Middle School and is within 1,000 feet of both schools.

Detectives removed 1820 plants from the property which is on private land with an open space County easement. The owner of the property lives out of the area and was unaware of the illegal activity taking place at that location. 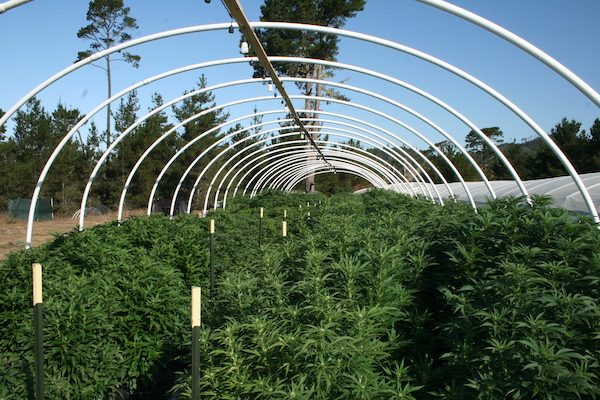 Deputies were called to the area on Aug. 28 for a report of a homeless encampment when they discovered the illegal grow. Yesterday, Detectives from the Sheriff’s Office Cannabis Enforcement Team, Special Operations Unit, Homeland Security Investigations, US Fish and Wildlife, a US Fish and Wildlife biologist, and Animal Services went to the location to eradicate the grow.

No one was located at the grow site but two abandoned dogs were found. Animal Services responded and the two dogs were removed from the property. The USFW biologist found no threat to local wildlife at the site. 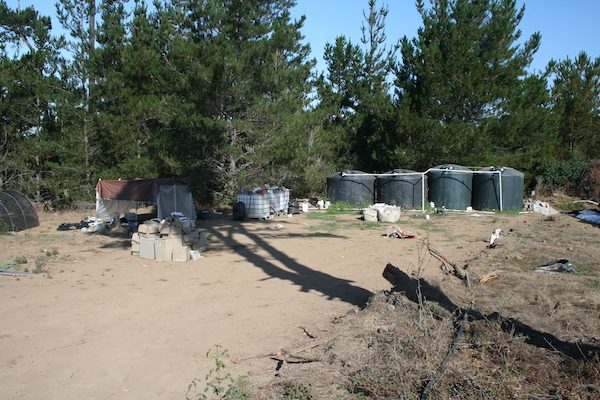 This was a fairly sophisticated grow which included the clearing of trees at the location which allowed for the building of seven hoop houses, four large water tanks and extensive drip irrigation system, large chemical tanks for pesticides, generators and an electrical panel to supply power, according to the sheriff’s office.

The plants seized were mature with a net weight of almost 8,000 pounds. The estimated retail value of the plants is approximately 1.9 million dollars.

No arrests were made. The investigation is continuing.