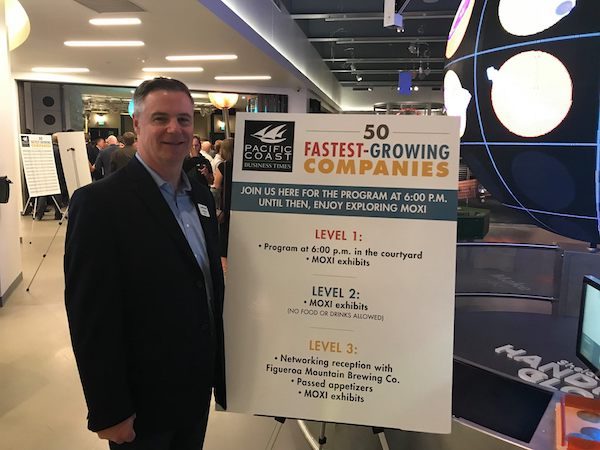 “We’re honored to be listed among these great companies, both nationally and on the Central Coast,” said Digital West CEO Tim Williams. “It’s a testament to the strength of our great team.”

The Pacific Coast Business Times looks at the past three years’ revenue growth, and Digital West recorded a 175 percent increase in that time period. The company was honored at a celebration in October held in Santa Barbara.