–On Wednesday the Honorable Judge Jacqueline Duffy sentenced Alberto Gonzalezpenaloza to two consecutive life sentences in prison. The defendant previously pleaded guilty to two counts of attempted murder for stabbing and beating two female victims in a domestic violence attack on Sept. 9, 2017. The crime occurred at a residence in rural Arroyo Grande, near Lopez Lake. The difficult terrain required the use of a CHP helicopter, SWAT deputies, and search dogs to locate and arrest the fleeing defendant. After the attack, both victims were in critical condition and were transported to Sierra Vista Regional Medical Center, one by helicopter.

On Jan. 28, 2019, the defendant pleaded guilty to two counts of attempted premeditated murder, and admitted inflicting great bodily injury, using a firearm, and using a knife. Under current law, Gonzalezpenaloza will serve his sentence in state prison and not be eligible for parole consideration until he has served at least 22 years. The court issued a criminal protective order prohibiting him from contacting the victim for 10-years, which is the maximum allowed by law. The court also ordered the defendant to pay over $13,000 in restitution.

During the sentencing hearing, a victim impact statement was read aloud by the prosecutor, in which the victim said, “the damage he has caused me is an everyday struggle. It has been emotionally, psychologically, physically and financially damaging. The devastating suffering I endured from the impact the defendant has created has rerouted my life emotionally and physically.” Judge Duffy told the victim that she is “incredibly brave and incredibly resilient,” and noted that it was a miracle that she survived.

“Suffering through this brutal crime has permanently altered the course of both victims’ lives,” said Chief Deputy District Attorney Sheryl Wolcott, who prosecuted the case. “Each victim has demonstrated she is a tremendous survivor. To have the defendant sentenced to two life sentences is a just outcome. The San Luis Obispo County Sheriff’s Office and the medical personnel who treated the victims deserve a great amount of appreciation for their outstanding work on this case.”

The victims are not being named to protect their privacy.

The case was investigated by the San Luis Obispo County Sheriff’s Office with the assistance of the District Attorney’s Bureau of Investigation and was prosecuted by Chief Deputy District Attorney Sheryl Wolcott. 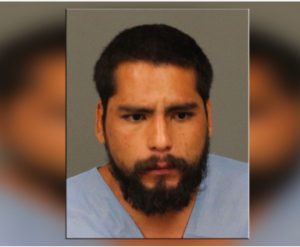 –27-year-old Alberto Isaac Gonzalezpenaloza pleaded guilty to two counts of attempted premeditated murder for a brutal domestic violence attack on his wife and his wife’s aunt, which occurred in rural Arroyo Grande in September 2017. Gonzalezpenaloza faces two life terms with the possibility of parole after 22 years when he is sentenced on May 1, 2019.

On Sept. 9, 2017 Gonzalezpenaloza and his wife were visiting her aunt in rural Arroyo Grande, when Gonzalezpenaloza attacked both of them, stabbing both multiple times with several knives, and bludgeoning them with the stock of a shotgun. Both victims suffered life-threatening injuries. When Gonzalezpenaloza fled into the nearby wilderness, the victims were able to call for help. With the assistance of a law enforcement helicopter, Gonzalezpenaloza was spotted and arrested.

“This has been a horrific, life-changing event for both victims,” said Chief Deputy District Attorney Sheryl Wolcott, who prosecuted the case. “We are thankful that both victims survived, and for the excellent work of the San Luis Obispo County Sheriff’s Office, paramedics, and other first responders. The defendant’s plea of guilty is a big step towards justice for the victims.”