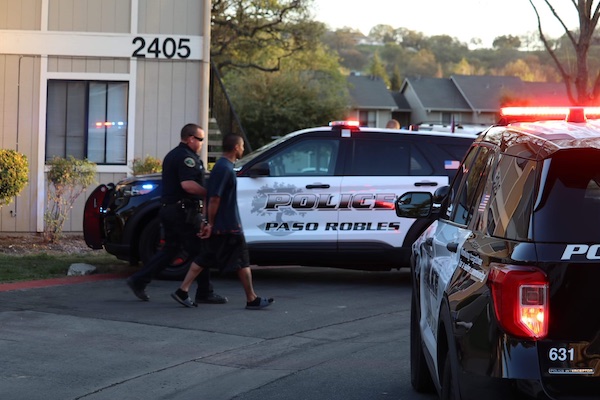 –Shortly before 6 p.m. on Monday evening in Paso Robles, a domestic violence call from a woman who Paso Robles Police say was hysterical, crying, and coughing. The call came from the 2400 block of Branch Creek Circle in Paso Robles. 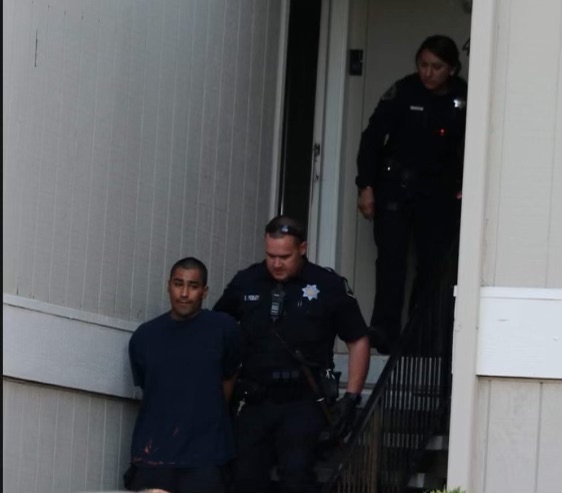 Ivan Peraltabarrios is taken out of an apartment by a Paso Robles police officer. Photo by Jason Brock.

When officers arrived at the residence, fearing the female was in trouble, they booted the door and were met by a female victim and young child who escaped the house. The female victim was suffering from a laceration to the back of her head. She was treated at the scene by paramedics. The suspect, Ivan Peraltabarrios, 25, retreated deeper into the apartment. Peraltabarrios was in communication with officers and finally came out and was taken into custody at approximately 6:50 p.m.

Peraltabarrios was arrested without further incident. He was booked at San Luis Obispo County Jail for felony domestic violence, assault with a deadly weapon, threats with the intent to terrorize, and willful delay of an officer. 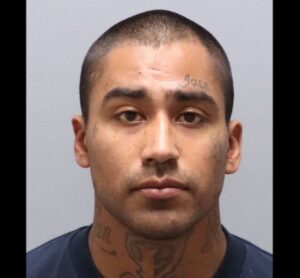 The Paso Robles Police Department posted about the incident on their Facebook page:

Yesterday, around 6 pm, dispatchers received a 911 call from a hysterical…

Posted in:  Crime
About the author: News Staff