Paso Robles News|Wednesday, May 12, 2021
You are here: Home » Opinion » Don’t let our water be sold or exported

Don’t let our water be sold or exported 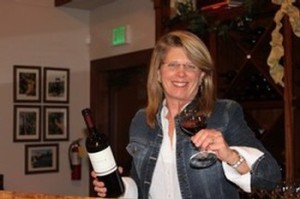 Water is California’s gold. Groundwater basins are a battle ground where landowners must protect their water rights from modern-day claim-jumpers who include well financed entrepreneurs seeking to sell or export our water. Where does that leave landowners? Unless home owners and landowners take steps to protect their rights under California’s law and Constitution, entities attempting to sell or export our groundwater water will take away or limit groundwater rights.

Protect Our Water Rights (POWR) is a newly formed group of overlying landowners who, by virtue of owning their property, have the right to pump and reasonably use water on their land. POWR has filed an action called “Quiet Title” in San Luis Obispo County Superior Court. Quiet Title is simple. Landowners are asking the court to confirm their right to pump. This doesn’t mean that we will be embroiled in years of litigation. The governmental entities named in the suit can simply affirm they are not making any claims to limit or take away our water rights. If they take this simple step the case is over. We hope that our elected leaders take this wise and cost effective course of action.

A broader adjudication will be triggered if the governmental entities take the position that they are seeking to take away existing landowner rights. At this point the decision lies with our elected representatives.

A second group Paso Robles – Water Integrity Network (PR-WIN) has been formed to oppose the recently passed Urgency Ordinance. Our Supervisors decided that they had the right to vote away the water rights of landowners. PR-WIN filed a Writ of Mandate, a lawsuit seeking to reverse this unlawful and improper government action. Protection of our water resources is important and must be done in a measured way that protects the rights of everyone. The Urgency Ordinance was passed by a governmental entity which conveniently exempted itself from the water use limiting provisions of the ordinance. The pain of limited water use falls on landowners and farmers alone.

I’m concerned that the longer range goals of governmental entities are to sell and or export groundwater from the Paso Robles basin. If that is not the case, the entities can file papers in court that affirm that they are not making any claims to take away our groundwater rights.

Water policy in the Paso Robles basin is at a crossroads. We can take a measured, common sense approach. This would involve repealing the Urgency Ordinance in favor of a more measured science- based set of policies. Alternatively, we can determine everyone’s rights in court and let the judge manage the basin. Which way this goes is up to our elected officials.

Cindy is a fifth generation Paso Robles, CA farmer working with her parents, brother and son at Steinbeck Vineyards and Steinbeck Vineyards & Winery. She is President of their various businesses and serves as director of marketing, sales and public relations.