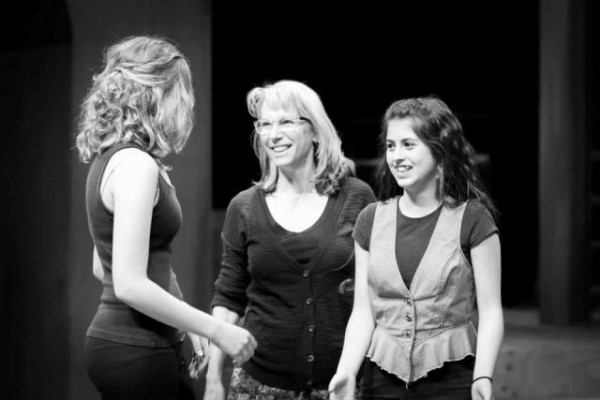 –Templeton High School Drama teacher and director, Catherine Kingsbury, has been recognized as one of the top 30 high school drama directors in North America by the American High School Theatre Festival for the fourth time. There are only three recipients in the state of California this year. Winners are chosen by a board of respected college theatre professionals. Recognition is awarded based on a director’s recent productions, technical ability, community involvement, and teaching philosophy. Kingsbury’s motto, “Live theatre is community service,” demonstrates why she has won this award so many times.

This award comes with the opportunity for the winning teachers to provide an incredible arts education experience for their students: THS Drama students are invited to perform at the International Fringe Festival in Edinburgh, Scotland in August 2019. This festival is the largest theatre festival in the world, running continuously since 1947 and is often referred to as “The Olympics of Theatre.” Nineteen students have been cast in The Addams Family and have already begun rehearsing in preparation to represent Templeton High School at the Fringe Festival. They will also have the opportunity to participate in workshops with professional actors, see world-class performances in London’s West End, and tour Shakespeare’s Globe Theatre.

The cast and crew and their families will be working hard all year to prepare their show, as well as reach their fundraising goal of $70,000. They are already on their way with around $13,000 raised so far. They not only will have to pay their travel expenses, but will also be raising money to pay for the production itself. The Templeton High School Drama Boosters have created the “Eagles in Edinburgh” fundraising campaign to help them reach their goal.

Kingsbury has had her own experiences traveling and performing internationally in college and believes it to be an excellent experience for young people. “It’s a great thing for students to be able to tell colleges and employers that they have had this experience, that they’ve worked with people in other countries and put together a production. There is so much involved and so many different skills they get to practice–these are work skills they can use throughout their lives.”

These skills include meeting deadlines, communication, collaboration, dedication, and respect for their peers and leaders. They will also be learning how to represent Templeton, San Luis Obispo county, the state, and the country as they travel and perform before an international audience. “The students are excited and proud to be representing our community at this festival,” said Kingsbury. ”They will be serving as ambassadors, representing our school and our entire community.”

Vicki van den Eikhof, vice president for the drama boosters and Eagles in Edinburgh fundraising chair, has had all four of her children work with Kingsbury in different classes, productions, and workshops. “Her programs have always provided a supportive creative outlet for my children, one that also requires them to work hard to achieve goals they might not have set for themselves on their own. They learn to work as a team and have all discovered and developed talents and interests and just grown immensely through their participation.”

Students who have attended the Fringe Festival with Kingsbury in the past have gone on to a variety of college majors, including drama, musical theatre, broadcasting, journalism, film, education, law, business management, medicine, and design, as well as many others. “My trips to Scotland showed me that I really wanted to do something in the arts, and [that] being in the drama program wasn’t just a high school hobby. It also helped me become confident in my career choice and solidify my path to get there. I got to record a radio commercial for our first trip and that sparked my love for radio,” said Carson Ogburn, who has travelled to the Fringe Festival with Kingsbury twice.

Besides their involvement in The Addams Family production, many of the students also participated in THS Drama’s fall show, Agatha Christie’s, And Then There Were None. The Addams Family will be presented during the first two weekends in March as the THS Drama spring musical. Significant changes will them be made to the show to meet the requirements for participation at the International Fringe Festival and a dress rehearsal will be performed in July before the troupe travels to Scotland.

You can help the Eagles in Edinburgh provide a life-changing experience for these youth with your monetary and in-kind donations (items for auction, raffle or sale), attending upcoming performances, or volunteering. To help, or for more information, contact the Templeton High School Drama Boosters at templetondrama@gmail.com or call (805) 591-4770. The THS Drama Boosters are a 501(c)3 tax-exempt organization.