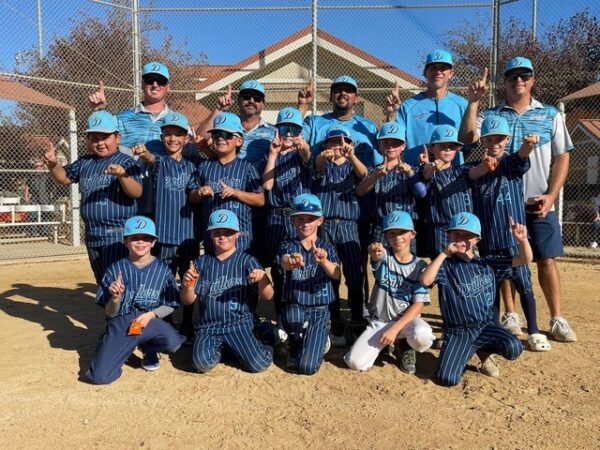 – The Driller 9u traveling baseball club recently played in the annual “Frozen Rope” tournament held each year in Paso Robles. The Drillers have been on the road the past two months competing against the best teams from Southern and Central California.

The Drillers are currently ranked #1 in the state according to USSSA and ranked # 12 in the nation. The Drillers lived up to those rankings by going undefeated in the tournament and cruising to the championship.

In Saturday’s pool play the Drillers faced a very good team from Daly City Ca. The Northern California team quickly realized the Drillers were as good as advertised. Mays Sorrentino pitched a gem allowing just one hit and striking out seven. The Drillers’ offense was led by Cooper Freitas with three hits and Huntington Teague with two and three runs batted in. The Drillers won 11-1.

The second pool game the Drillers took on the Hype from San Jose Ca. Drillers again flexed their muscles beating the team 13-3. Landon Berry struck out six for the win. Mays Sorrentino and Jay Flores led the attack with multi pal hits each. Sunday was elimination day with the #1 seed Drillers matched up again with the Northern California team. Drillers pitching once again was the story of the game this time Hudson Rodriguez and Jay Flores combined on a two hit masterpiece. Driller offense was led by Adian Wahlberg, Jay Flores and Huntington Teague. The Drillers won going away 10-1.