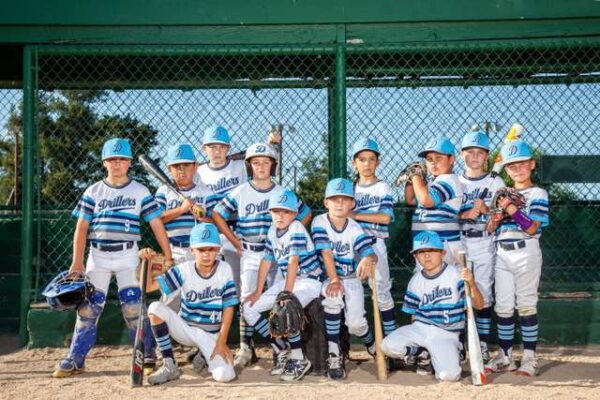 – The 8 and under Driller Baseball Club from Paso Robles ended the 2021 travel ball season as Nation Champions according to the National Championship Sports Baseball (NCS). The Drillers posted some incredible stats for the year. The mighty Drillers ended the season with an overall record of 44-4, won 9 of the 11 tournaments they entered, and finish twice as runner up.

The season started out as a team with dominating pitching according to Head Coach Andrew Berry. “ Once our hitting came around to match our unbelievable pitching, we became a very good team” The team pitching averaged 18.6 strike outs per nine innings pitched, while only yielding 3.4 walks, had a .470 team batting average, and outscore the opponents 561 to 86.

In July the team traveled to Sparks, Nevada and competed in the NCS World Series. Drillers completely dominated the tournament winning all five games and was crowned Champions.

The boys are now competing as 9U and the winning continues. The first tournament of the season, the 9U Drillers traveled to Semi-Valley and took on the Southern California best travel ball teams. The drillers pounded 13 home runs and did some real damage with their bats (literally) three home runs over the left field fence hit three of the opponents park cars and left evidence of the Drillers power. Cooper Freitas hit three bombs in one game and Jackson Jeckel shocked the large crowd with a grand slam. The Drillers scored 63 runs in four games while allowing only two. Mays Sorrentino and Landon Berry lead the Drillers to the tournament win. Jay Flores showed everyone why is considered one of the best pitchers in the state completely shutting down the opponents. Hudson Rodriguez, Mays Sorrentino and 7 year old Deagan Brady also hit booming home runs for the Drillers.

The Drillers 9U are currently ranked # 1 in the State according to USSSA and will be competing in tournaments through out the state this year.