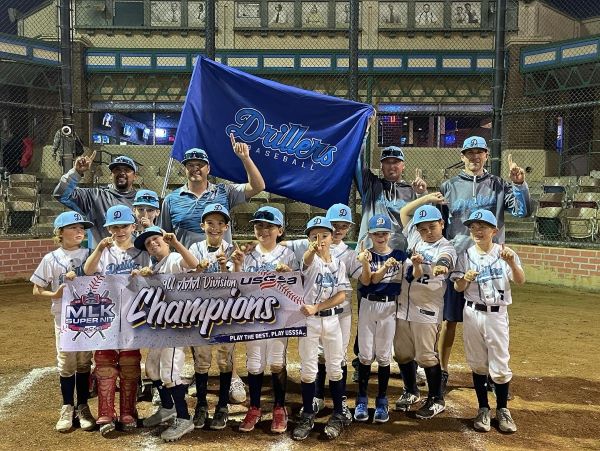 – The Driller Baseball Club in Paso Robles is currently ranked as the top in the nation in the Boys 9 and under AAA division, according to current rankings. The Drillers recently sent two teams to Southern California to compete in the Martin Luther King Memorial NIT Super Regional Baseball Tournament held in Chino Hills Calif.

The Drillers 7u surprised everyone beating three ranked teams before bowing out in the semi-finals in a hard-fought game. The Drillers were without one of the best pitchers due to COVID-19. The Drillers 9u went to SoCal on a mission to win one of the largest tournaments in the state with over 200 teams competing in all age groups. The team was dealt a severe blow the night before the start of the competition when two of its star players tested positive for COVID-19 and had to return home.

The determined Drillers won two and lost one in pool play and was seated # 3. Monday turned out to be a great day for the organization. The Drillers came out on fire in the first elimination game against a good Los Alamitos squad. Huntington Teague and Jay Flores shut down the Los Alamitos team allowing just three hits and striking out eight. The bats came alive in the first as the mighty Drillers scored five runs helping the team to cruise to a 13-3 win. Jackson Jeckel, Jay Flores, and Deagan Brady had multiple hits for the Drillers.

The championship game was a matchup between 16-2 Costa Mesa Sox and the 18-4 Drillers. This was one of the best games of the year as the powerful bats of Costa Mesa matched up against the Driller’s ace Landon Berry. Landon dominated from the beginning setting down the Sox team in order and set the tone offensively for the Drillers. The fireballer threw a complete game striking out nine and allowing only one earned run.

The Drillers offense outhit their opponent 13 to 5 with four players with multiple hits including two home runs. Landon Berry went 4-4 with one of the bombs to left and Huntington Teague went deep in the first inning giving the Drillers a huge lift. Hudson Rodriguez had three hits and three RBIs, Ethan Landsford collected a pair of hits and made a spectacular catch in center field, and Owen Berry chipped in with two hits as well. The depleted Drillers pulled away and won 11-5 winning one of the largest tournaments in the country.

The Drillers will be back in action when they travel to Bakersfield, Ca. on Feb 6, to play up in age group and test their skills in a 10u tournament.