Paso Robles News|Wednesday, May 27, 2020
You are here: Home » Opinion » Drinking while pregnant can be devastating

Drinking while pregnant can be devastating 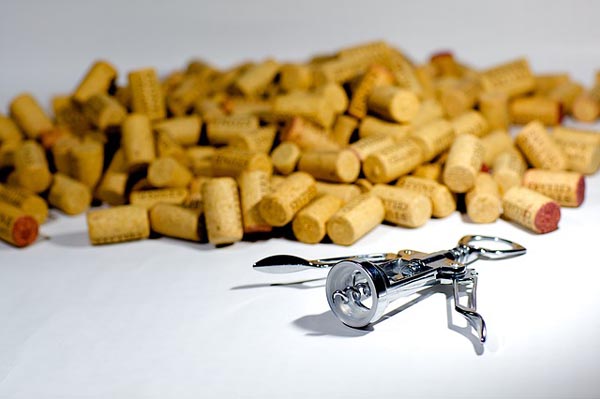 – Do not drink while you’re pregnant. If you’re thinking of getting pregnant do not drink. In the US, over 40,000 babies each year are seriously damaged by moms who drink alcohol while pregnant.

The Institute of Medicine in 1996 wrote, “Of all the substances of abuse (including cocaine, heroin, and marijuana), alcohol produces by far the most serious neurobehavioral effects in the fetus.”

Thielscher says, “Drinking while pregnant is widespread and is common to all ethnic groups and all income and educational levels in our county. It’s the leading cause of birth defects, developmental disorders and what was once referred to as mental retardation and now is known as intellectual disability. They’re even linking it to ADHD in kids.”

Thielscher described that Alcohol passes easily through the pregnant mother’s bloodstream, crossing the placental barrier, into her developing baby’s blood. Alcohol contains the chemical teratogen, which is known to be harmful to human development as it aggressively interferes with the development of the developing baby’s brain, other critical organs, structures and physiological systems.

“If you’re buzzed, your baby is buzzed,” Thielscher said. “The developing baby’s organs are not fully formed, so it can’t process the alcohol like the mother. Alcohol prevents the baby from getting the oxygen and nutrients it needs for its brain to develop normally. Drinking can cause the central nervous system, which includes the brain, to develop in a way that it is wired wrong.”

Fetal Alcohol Spectrum Disorder (FASD) describes the range of effects that can occur in a person whose mother drank during pregnancy. These effects may include physical, mental, behavioral, and/or learning disabilities with lifelong implications. People with FASD can exhibit these difficulties: following instructions; discerning the difference between truth and fiction; thinking about abstract concepts; organizing, storing and retrieving information; understanding social expectations; comprehending and responding to others people’s feelings; and bonding or building personal attachment and trust.

These behavioral impairments can cause people with FASD to get into trouble with the law. The American Bar Association reports that over 60-percent of people with FASD over 12 years of age have been charged with a crime.

We’re in an awareness crisis. Women do not know how serious the risk for drinking is for the developing fetus, whether it is drinking occasionally or binging. Most people have heard how smoking and second-hand smoke can negatively affect an unborn baby, but many do not understand that an occasional drink can cause harm to the baby as well. It is not known how much or at what stage in the development of a fetus alcohol causes injury.

Feeling a personal guilt that I for one, did not know about the serious damage an occasional drink can cause the unborn baby, I decided to conduct my own quick check to determine to what degree we’re in this awareness crisis. I asked my well-educated daughter in-law, a mother of beautiful twins. She had no idea that drinking alcohol during pregnancy can be so devastating. She said her friends aren’t aware of this either. In fact, she was out to dinner with other couples and one of the women was pregnant. The woman ordered a glass of wine. When the waiter brought the drink to the table, nobody stopped her to correct the behavior. They all thought that one celebratory drink was harmless.

Many women drink early in pregnancy but stop drinking when they learn they are pregnant—these fetuses are at risk. 50% of women do not plan their pregnancies. Alcohol can disrupt the fetal development at any stage during pregnancy including the earliest stages before a woman knows she is pregnant.

Any amount of alcohol can put your infant at very high risk. No one knows exactly how much alcohol crosses the placenta. In 2005 the US Surgeon General stated, “No amount of alcohol consumption can be considered safe during pregnancy.” FASD is 100-percent preventable. September 9 is nationwide awareness day of FASD. Let others know the cognitive deficits and behavioral problems resulting from prenatal exposure to alcohol may last an entire lifetime. Do not take the risk. Do not drink if you are planning to get pregnant or if you are pregnant.