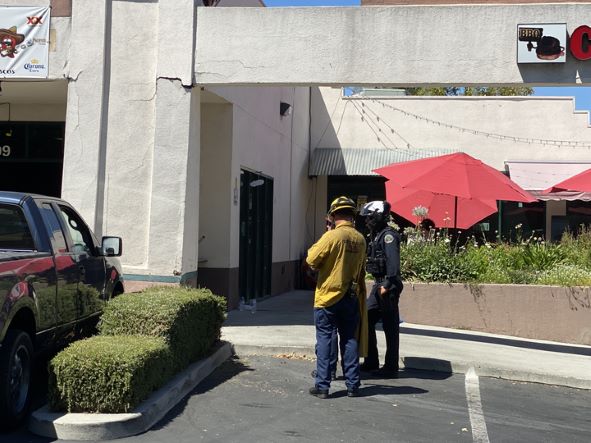 – At approximately 1:55 p.m. tuesday, Paso Robles Emergency Services responded to Cali Grill Restaurant at 711 6th Street in Paso Robles for a report that a UPS truck struck the building, causing damage. The truck collided with a pillar holding up an overhang in front of Cali Grill, reports say. The UPS truck also struck at least one other vehicle, a Honda CRV.

A battalion chief along with a heavy rescue truck and multiple fire trucks responded to the scene to assist. 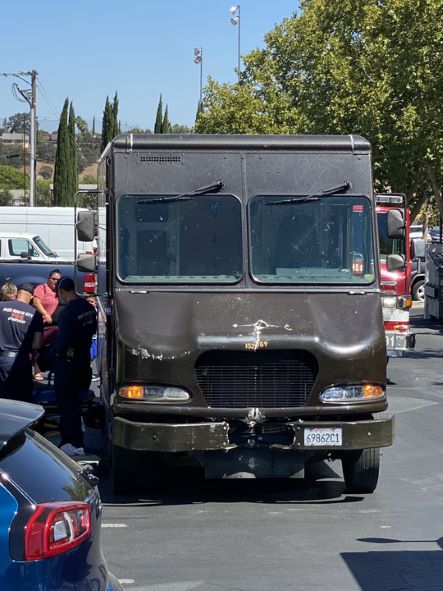 The UPS van sustained front-end damage in the accident.

The cause of the accident was reportedly due to the driver of the UPS truck having heat stroke, according to police radio traffic. The driver was transported to an area hospital for treatment.

“The building sustained significant damage and the Paso Robles building inspectors are assessing it for structural damage,” said Operations Commander Tod Rehner. Authorities may issue a “red tag” meaning the area cannot be entered, he said.

Heat complaints are growing among UPS drivers, many of whom say they have had difficulty getting a fan installed in their trucks, which are not air-conditioned, according to this report by CBS News. Labor unions representing UPS workers are currently taking up the cause.

No further information is available at this time. An investigation is underway.