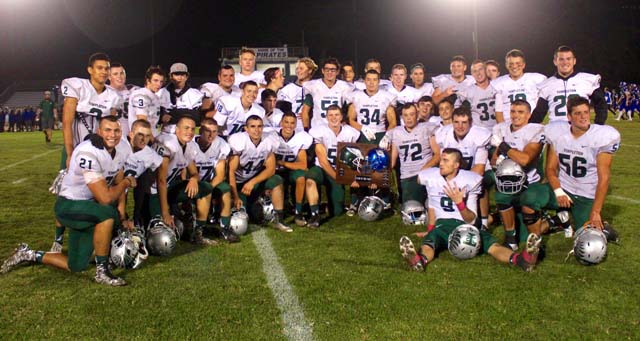 The Templeton the Eagles celebrate their 41-13 victory over the Morro Bay Pirates. Photo by Penny Fuentes

–Friday night brought an exciting rivalry game between the Templeton and Morro Bay, with the Eagles earning a 41-13 victory over the Pirates and reclaiming the trophy that had eluded them for the past four years. 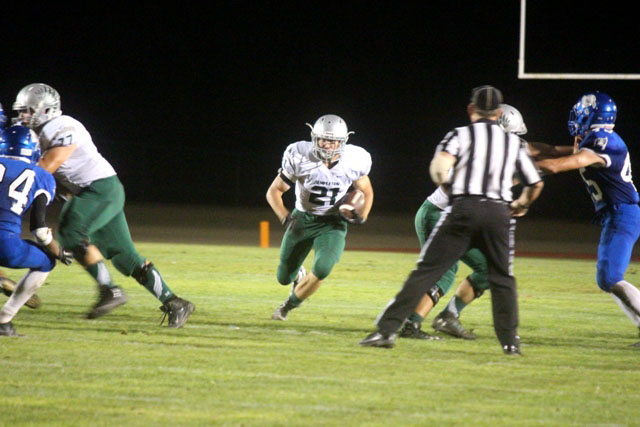 Templeton’s Nate Avery moves past the Pirates on his way to the end zone. Avery topped the rushing with 10 carries, 83 yards, and a rushing touchdown for the Eagles. Photo by Penny Fuentes

The Eagles were out to reclaim the crown in the annual Clash at the Coast as they traveled to Morro Bay. The 2014 game between the two teams came down to the final three seconds of play, ending with what many deemed a controversial call by a referee that resulted in a win for Morro Bay. This year, the Eagles were full of excitement and energy, ready to fight for the win. 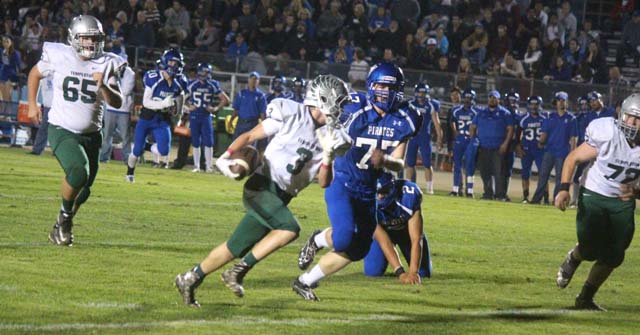 Templeton’s Chase Howland, on a fumble recovery, runs the ball for the Eagles before scoring a touchdown against the Morro Bay Pirates. Photo by Penny Fuentes

Jordan Bernal finished the game with seven carries, a touchdown and 239 yards passing, 27 yards rushing and a rushing touchdown for Templeton. Michael Capelli was the top receiver with seven receptions, two receiving touchdowns, and 108 yards.

The Eagles’ Nate Avery topped the rushing with 10 carries, 83 yards, and a rushing touchdown. Avery’s teammate, Chase Howland, had an impressive fumble recovery for a touchdown while kicker Angel Avelar brought in five successful extra points for Templeton. 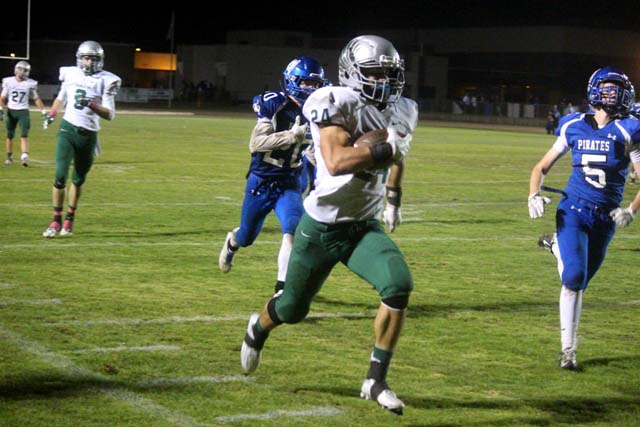 Michael Capelli makes his way past the Pirates to score one of his two touchdowns for the Templeton Eagles. Capelli had seven receptions, two receiving touchdowns, and 108 yards to help defeat Morro Bay, 41-13. Photo by Penny Fuentes

The Eagles bring home the rivalry win this year with a score of 41-13, padding their Los Padres League record to 1-1 (5-3 overall).

The Templeton Eagles have a bye this Friday. They will be back in action on Friday, Oct. 30 when they host the Nipomo Titans (2-0, 4-4 overall).

The Atascadero Greyhounds traveled to Santa Maria on Friday and brought home a 14-7 win over the Righetti Warriors (1-1, 2-5 overall).