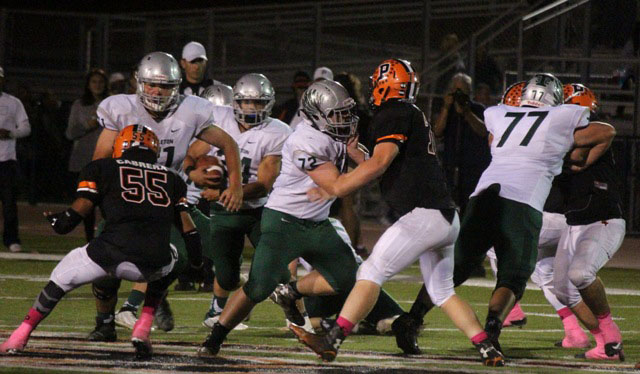 –The Templeton Eagles headed to Santa Ynez on Friday to face the Pirates in their last non-conference game. It was a challenging game as the Eagles battled the undefeated Pirates to bring home a 49-19 loss. 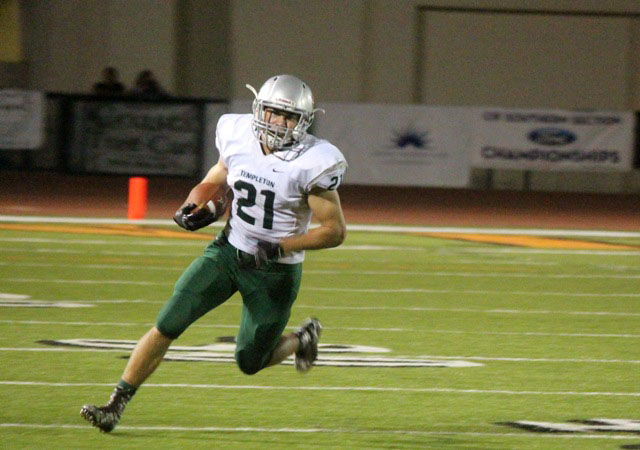 Jordan Bernal had a rushing touchdown for 28 yards in the second quarter for the Eagles. Nate Avery had a 4-yard touchdown run in the third quarter, and a 6-yard touchdown pass in the fourth quarter. 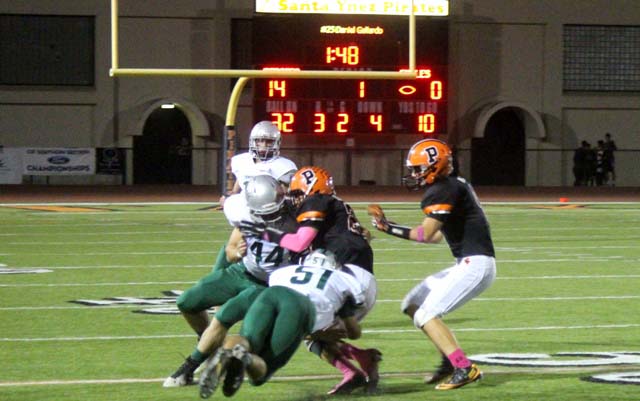 Eagles linebackers Cory Delisle and Kenann Zouabe team up to bring down a Santa Ynez player. Photo by Penny Fuentes

Templeton’s Michael Capelli had 17 rushes for 110 yards. Austin Vreeland of Santa Ynez added up 290 yards against the Eagles with four touchdowns. It was a tough loss for Templeton with a final score of 49-19. 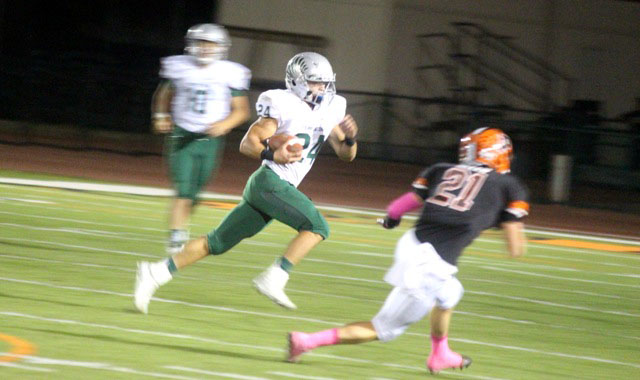 Templeton running back Michael Capelli makes his way past a Santa Ynez player. Capelli finished the night with 17 rushes for 110 yards for the Eagles. Photo by Penny Fuentes

The Templeton Eagles (4-2) are back on the road this week as they look forward to facing the Mission Prep Royals (3-2) of San Luis Obispo in a Northern contest on Friday, Oct. 9; Varsity plays at 7 p.m. and JV at 4 p.m. The Eagles, still a top pick for the Northern League, are eager to battle their way to the top.