Eagles unable to conquer the Crusaders 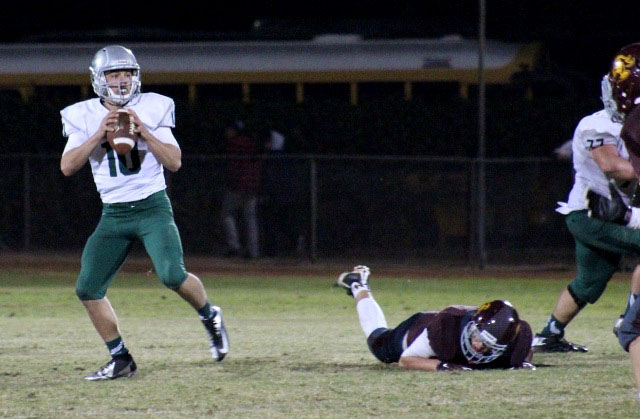 Templeton quarterback Jordan Bernal looks for his target in the Eagles’ game against the Valley Christian Crusaders on Friday. Photo courtesy of Steve Altamarino

–The Valley Christian Crusaders, undefeated in the Olympic League, beat the visiting Templeton Eagles in the opening round of the CIF Southern Section Northern Division football playoffs last Friday night in Cerritos. 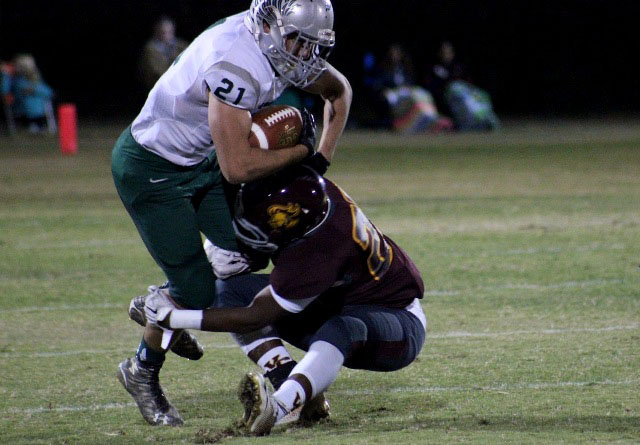 Both teams scored three touchdowns in the third quarter, and another two in the fourth, but it was not enough for the Eagles to close in on the Crusaders, and they suffered a 77-54 loss.

With the loss, Templeton finished its season. The Crusaders will host Linfield Christian on Friday, Nov. 20 in the second round of CIF. 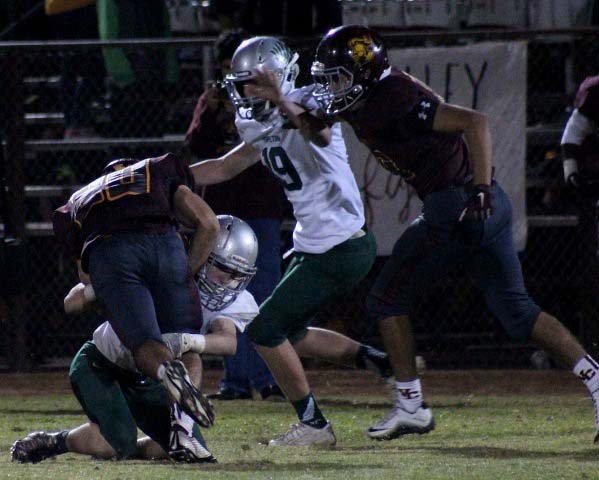 A Valley Christian Crusader is brought down by a Templeton Eagle player on Friday night during the opening round of the CIF Southern Section Northern Division football playoffs. Photo courtesy of Steve Altamarino