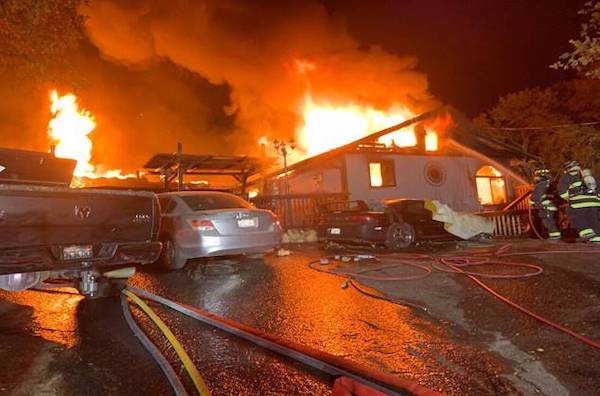 –Atascadero Fire & Emergency Services responded to a structure fire at 5305 Vega Avenue in Atascadero on Monday in the early morning around 12:53 a.m.

Upon arrival, firefighters found a fully involved structure fire in a single-family residence. Fire crews reportedly had a difficult time getting enough water as the location of the house was a significant distance from the nearest hydrant. One resident was awake at the time, which helped with evacuating residents of the home. Everyone made it out safely, with no injuries reported, however, there is still a dog missing. 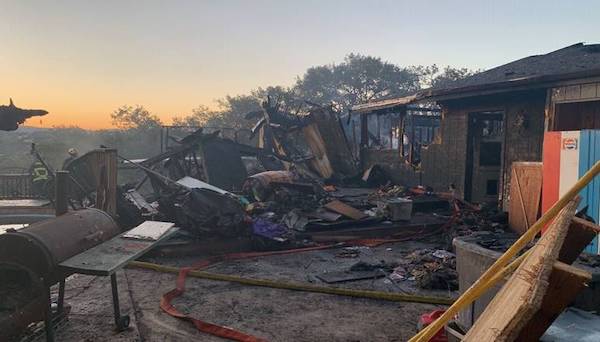 Fire crews were able to fully control the blaze within two hours and remained at the scene until the morning. In addition to firefighters, Atascadero Police Department was on hand for traffic control, along with three engines from Atascadero Fire plus the fire chief, County Fire with two engines and a Battalion Chief, one engine each from Paso Robles, Templeton and Santa Margarita, as well as San Luis Ambulance.

The cause of the fire is currently under investigation.