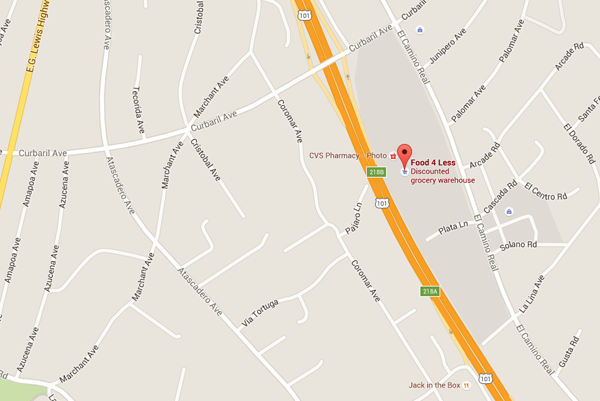 Nicole Missamore was arrested in the Food 4 Less parking lot in Atascadero.

–Nicole Missamore, a 33-year-old Atascadero woman, has been arrested for DUI charges, according to the California Highway Patrol. 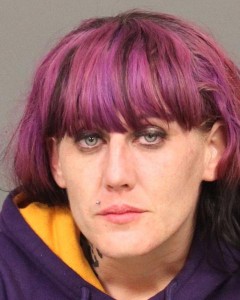 CHP was dispatched a to a call of a vehicle roll over traffic collision Tuesday morning at approximately 6:14 a.m. Witnesses said the vehicle, a 1998 GMC Jimmy, was driving northbound on US-101 near Morro Road near Atascadero when it rolled over and came to rest on its wheels. Witnesses contacted the driver, Missamore, to check on her welfare. Missamore told them she was fine, and she drove away from the scene prior to CHP arriving on scene.

Officers arrived on scene and began checking the area for the vehicle. Officers found the vehicle parked behind a dumpster at 8360 El Camino Real in the Food4Less parking lot in Atascadero. As the investigating officer conducted his traffic collision investigation, he reportedly observed signs and symptoms of impairment, and also conducted a DUI investigation. The investigating officer determined that Missamore was operating a motor vehicle while under the influence of alcohol and/or drugs. Missamore was placed under arrest for DUI. She was then transported to Twin Cities Hospital where she was treated for very minor injuries. Missamore is en route to, and will be booked into the San Luis Obispo County Jail, according to CHP.

Missamore was charged with three violations of the California Vehicle Code. She was charged with a DUI, a DUI with a BAC of .08-percent or higher, and failure to provide proof of insurance after being involved in a traffic collision.