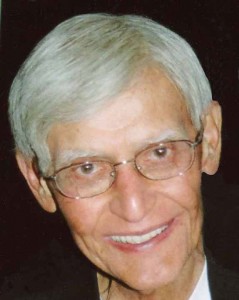 Dr. Jim W. Giacobine, Jr., an original investor in Eberle Winery, died of complications from Alzheimer’s disease at the age of 95, eCoronodo.com reported on Jan. 22. Giacobine had lived in Coronado since 1982 with his wife, Jeanne Giacobine.

Giacobine was Gary Eberle’s half-brother. “When I built the winery in 1983, he became my major partner,” Eberle told eCoronodo.com. “I have a small plane, and we would travel together on two-week trips across the country to huckster wine. We became quite close very quickly, and have remained so,” he said.

Eberle described Jim as the one who everyone looked up to as the intellectual member of the family, the report says. “He came, as we all did, out of near-poverty to become quite successful as a surgeon. He worked his butt off. He’s very intelligent and had a marvelous work ethic. He was an admired and sought after surgeon.”

Dr. James Giacobine graduated with a B.S. from Pennsylvania State University in 1941, and received a degree in medicine from the University of Pittsburgh in 1944. He was director of thoracic and cardiovascular surgery at St. Francis Health System in Pittsburgh from 1962-1982.