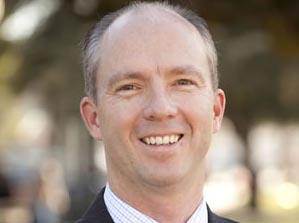 –Although we face serious challenges not seen in more than one hundred years, we must earnestly reject the urge to surrender important rights under our Federal and State Constitutions. This Monday, our California Chief Justice issued the most recent in a series of emergency orders in the wake of the global pandemic. This order while well-intended has the practical effect of allowing criminals to victimize our communities with impunity. It robs our law enforcement of the ability to arrest and hold people who have committed the following crimes: child abuse and endangerment, trafficking of heroin and methamphetamine to our youth, physical or financial abuse of an elder adult, abuse of a dependent adult, human trafficking for labor, fraud, and embezzlement of millions of dollars, obstructing or delaying a public health emergency worker, auto-theft, burglary, and even the jail inmates who are receiving critical mental health treatment to name a few. This emergency order is bad policy and bad news for the law-abiding people in our communities who depend on our law enforcement and court system for upholding the rule of law and public safety because it will certainly lead to more crime.

Only a week earlier, Chief Justice Tani G. Cantil-Sakauye had stated firmly, “[n]o need and no right will be overlooked” by the Court during the current crisis. Days later, this new emergency zero bail order that mandates $0 bail for all misdemeanor and felony offenses with the exception of only certain listed offenses, deprives crime victims of numerous enumerated rights that are expressly provided by Article 1, Section 28 of the California Constitution. Unless changed immediately, this order will go into effect at 5 p.m. on Monday, April 13, 2020.

Here in San Luis Obispo, the jailed inmates who are now eligible for release on “zero bail” include career criminals in custody for violations of parole, post release community supervision, and felony probation. Many of those have violent and serious “strike” prior convictions. Several are now in custody after being indicted by a grand jury for participating in major drug trafficking operations – selling heroin and methamphetamine outside of the Paso Robles High School. Releasing these individuals on zero bail makes the entire community less safe – at a time when we have enough to worry about without more criminal offenders on the streets in our neighborhoods.

While the genuine intent behind the adoption of the emergency zero bail schedule is the health and safety of incarcerated individuals, its implementation as written will greatly increase the risk of harm to many in our communities who are more vulnerable now than ever before. As an example, children, the disabled or elderly adults, and labor trafficking victims will be at greater risk of harm if their abusers are allowed to be released from custody on zero bail and a court date extended for months down the road.

To date, there have been no cases of coronavirus within our jail inmate population, although our Sheriff is prepared with a plan and resources to isolate and treat any inmate who should test positive. Many inmates are without housing or communities of support, so the result of opening the doors for those awaiting trial may actually increase the risk of their exposure to COVID-19 by putting them into the community where there are dozens of infected individuals.

In addition to the crimes above, those who are arrested for crimes such as heroin trafficking, theft, fraud, and embezzlement will be empowered to commit the same crimes over and over because the zero bail order mandates zero bail on each arrest. These individuals who have been arrested on probable cause will now be returned to repeat their crime in the community where most individuals are doing their best to stay safe and comply with the emergency health orders.

The ultimate irony is in the area of enforcement of the stay at home order. A violation of this crime is only a misdemeanor that is not excepted from zero bail. A COVID-19 positive individual, whether homeless or not, can willfully disobey these orders repeatedly and merely be released on zero bail and given a citation to appear in Court months later. Of course, we want to encourage and foster voluntary compliance and a feeling of cooperation amongst the community as we meet this common threat. However, we must be prepared with enforcement mechanisms – to protect everyone – in the event some do not voluntarily comply.

Under the emergency zero bail order, our law enforcement, paramedics, firefighters, and public health officers have no means to hold a person in-custody who is violating one of these orders. It will be impossible to enforce these orders with a mandatory “0” bail for these misdemeanor offenses and this will likely have dire consequences for public health and safety.

Finally, and perhaps most importantly, it is my belief that the emergency zero bail order expressly violates several enumerated rights granted by the California Constitution.

Article 1, Section 28 of the California Constitution is known as “Marsy’s Rights.” The section includes a list of enumerated and personally enforceable rights. Among them, several that are impacted by this zero-bail order are:

(2) To be reasonably protected from the defendant and persons acting on behalf of the defendant.
(3) To have the safety of the victim and the victim’s family considered in fixing the amount of bail and release conditions for the defendant.
(8) To be heard, upon request, at any proceeding, … involving a post-arrest release decision, plea, sentencing, post-conviction release decision, or any proceeding in which a right of the victim is at issue.
(12) To be informed, … of, the scheduled release date of the defendant, and the release of or the escape by the defendant from custody.
(c) (1) A victim, the retained attorney of a victim, a lawful representative of the victim, or the prosecuting attorney upon request of the victim, may enforce the rights enumerated in subdivision (b) in any trial or appellate court with jurisdiction over the case as a matter of right. The court shall act promptly on such a request.

Emergency Rule 4 – the Emergency Bail Schedule, as currently written, deprives crime victims of these rights by arbitrarily setting bail at zero without an opportunity to be heard and their safety considered.
Section 28 of the California Constitution includes an additional right with respect to setting bail as
follows:

(c), victims of crime have additional rights that are shared with all of the People of the State of California. These collectively held rights include, but are not limited to, the following:
(3) Public Safety Bail. A person may be released on bail by sufficient sureties, except for capital crimes when the facts are evident or the presumption great. Excessive bail may not be required. In setting, reducing or denying bail, the judge or magistrate shall take into consideration the protection of the public, the safety of the victim, the seriousness of the offense charged, the previous criminal record of the defendant, and the probability of his or her appearing at the trial or hearing of the case. Public safety and the safety of the victim shall be the primary considerations.
Cal. Const. Art. 1, Sec. 28 (f) (3). [Emphasis added.]

During this health emergency all people in our communities are particularly vulnerable, especially children and elder or dependent adults. Denying the victims of crime or the People’s representative, the District Attorney, the opportunity to oppose the release of an individual arrested for these crimes impacting public safety, deprives the victim and community of the Constitutional protections granted to all Californians in their Constitution. District Attorneys, Sheriffs, and law enforcement personnel are extremely concerned with the effect of this emergency zero bail order and the safety of our communities and implore the Chief Justice to stop the implementation of this order and make the necessary changes to protect the Constitutional rights of our citizens and preserve their faith in our public safety system.