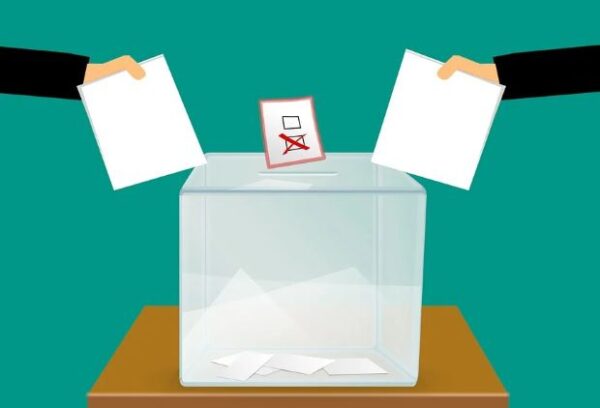 November election update from County Clerk-Recorder; Where we stand, what’s next:

The processing and counting that has happened since election day has been the approximately 60,000 Vote-By-Mail ballots received the day before, the day of, and the days following election day. We have issued two updates in election numbers during this process.

After our last update on Wednesday, Nov. 16 we had to stop processing and counting Vote-By-Mail ballots to complete the mandated 1% manual tally to check the accuracy of our machine vote tallying system. This involves conducting a hand count of the ballots cast in one percent of the precincts, chosen at random by the elections official.

We are now in the “official canvas.” It is open to the public and will continue daily until completed. Though California Election code says that Saturdays, Sundays, and holidays are exceptions, we have counted on holidays and weekends. The official canvass must be complete no later than Dec. 8.

▪ Returned vote-by-mail ballot envelopes are scanned on a sorter that endorses the envelope. Envelopes that are unable to be read are out-sorted and handled manually.
▪ Scanned envelopes are stored unopened in trays until they are verified.
▪ All scanned envelope images are imported into the Election Management System, where staff that have been trained on the criteria in state regulations for verifying signatures, review the signatures to determine if they match each voter’s signature on file.
▪ If the staff determines the signatures do not match, the ballot envelope will be challenged as “In-Review.”
▪ Any ballot envelopes flagged as “in-review” will be provided to a supervisor for further inspection. If it is still determined that the signature does not match, the challenge code will be updated to “Sig Non-Match” and the elections office will outreach the voter, who will then have until 5 p.m. two days prior to the certification of the election to submit a Signature Verification Statement. If a Signature Verification Statement is received timely with a matching signature, then the ballot can be counted. If no curing statement is returned, the ballot status will remain challenged.

▪ “Good” ballots are manually extracted from their return envelopes. The emptied envelopes are boxed for storage, and the ballots are kept in their tray to be examined for damage and prepared for counting.

▪ A batch of ballots (total of 50 ballots makes a batch) is given to a staff member who inspects the ballots for any tears, identifying marks such as signatures or initials, red ink, and pencil. The staff member also flattens the ballot by back-bending the ballot at the folds and faces the ballot the same direction. Ballots that need to be remade so that they can be read by the tabulator, are given to the lead staff for replacement ballots so that the number of ballots in a batch remains at 50.

• Postmarked Vote by Mail Ballots: Under California law, ballots may be counted even if they arrive after Election Day, as long as they are received by mail no later than 7 days after the election and are postmarked on or before Election Day. These ballots will be processed just like the other Vote By Mail ballots.

• One Percent Manual Tally – “One percent manual tally” is the public process of manually tallying votes in 1 percent of the precincts, selected at random by the elections official, and in one precinct for each race not included in the randomly selected precincts. This procedure is conducted publicly during the official canvass to verify the accuracy of the automated count.

The County of San Luis Obispo performs a two-part public manual tally, which includes both of the following:

• Conditional Voter Registration and Provisional Ballots: These are the last ballots counted because they must be researched and verified; it may take a few weeks, but every valid vote will be counted. Voters that did not register by the close of registration have the option to register and vote a Conditional Voter Registration Provisional Ballot. As these voters registered after the rosters are printed, they are processed and counted at the end of the canvass period.

With all of these processes left to do, we will certify the election, meaning finalize counting all the ballots, by the Dec. 8 deadline.

Here is a simple breakdown of numbers as of today:

All updates are posted on www.slovote.com.

We will be conducting the observable processes explained above on Saturday, November 19, 2022, from 9 a.m. – 1 p.m. Note: The County Government Building will be closed. Those that wish to
observe will need to call (805) 781-5228 that day so that a member of the clerk-recorder team can escort you in the building.

Should there be any questions, contact Elaina Cano, County Clerk-Recorder at ecano@co.slo.ca.us.