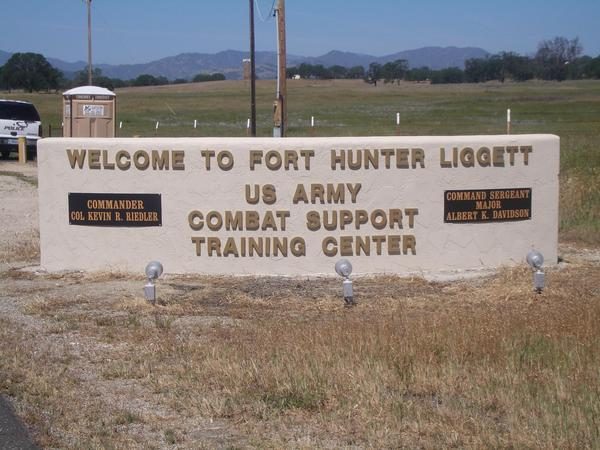 Microgrid is an ‘important first step’ in energy self-sufficiency

–Fort Hunter Liggett conducted a groundbreaking ceremony on May 27 to build a $21.6 million electrical microgrid, which will enable it to reach its goal of energy resiliency to critical facilities by 2022. This will make it the first Army installation capable of generating and distributing electricity off-grid for at least 14 days throughout the entire cantonment. It is an important first step in scaling this type of energy self-sufficiency throughout the Department of Defense.

“Resiliency comes when you can disconnect from the grid and continue to operate mission and/or facilities in the absence of grid power,” said Resource Efficiency Manager for Fort Hunter Liggett. Jarrod Ross, “If we have a public safety power shutoff (to prevent electrical wires sparking wildfires) that’s going to validate why this whole thing is necessary to begin with.”

A microgrid is a self-contained electrical distribution system capable of operating in the absence of the utility grid. New solar arrays will be added to the existing ones at the Equipment Concentration Site, and photovoltaics will be included for generation of electricity. Power will be stored in batteries so the electricity generated during the day can be distributed at night. Power will be delivered by medium voltage lines that were buried underground in the cantonment several years ago in anticipation of this resiliency project. It will all be governed by an automated Supervisory Control and Data Acquisition (SCADA) system that can respond in 1/30th of a second to switch microgrid power on or off when needed.

Because it’s renewable energy, it’s not just a 14-day system, said Ross. “The sun makes electricity and we store it. We could go on ad infinitum as long as none of the systems fail.”

The start of the microgrid project “is the culmination of more than a decade of projects, development, and planning,” said Col. Charles Bell, FHL Garrison Commander. “The idea began here, and was not tasked to us from higher up. It shows how forward-thinking our team is to generate DoD-wide projects at the grassroots level. It is a huge win.”

For the last 10 years, FHL has been working with partners such as Schweitzer Engineering Labs, U.S. Army Corps of Engineers, Federal Solutions, and others to get to this point. Ameresco, Inc. is a leading cleantech integrator specializing in energy efficiency and renewable energy.

“Working with the team at Fort Hunter Liggett has been an immensely rewarding experience as the improvements implemented at their base set a precedent for future green resiliency enhancements at federal Army bases across the country,” said Nicole Bulgarino, executive vice president of Federal Solutions at Ameresco. “We’re eager to continue building on this success by utilizing the most current energy technologies available and creating a cleaner and sustainable future.”

The installation is recognized as a leader in its energy, waste, and water resiliency and sustainability programs, and has won several Army awards. In the past decade, FHL has eliminated the need for fuel oil, reduced energy consumption intensity by 63 percent, severely reduced propane use, and has incorporated ground source heat pumps. This was accomplished by replacing inefficient boilers, furnaces, and lighting, replacing them with modern high-efficiency equipment.