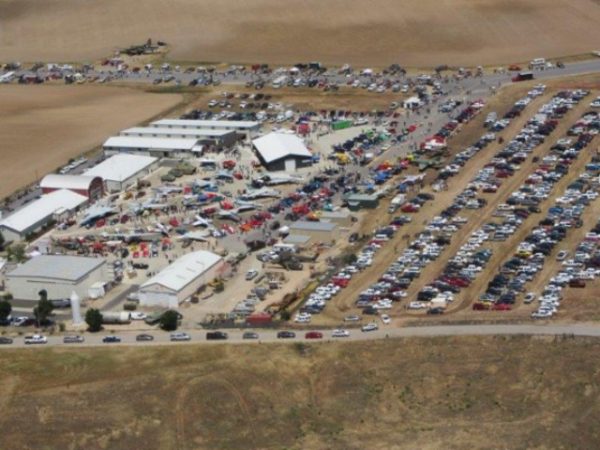 –The Estrella Warbirds Museum Monthly Dinner for August will feature talks by the pilots and flight crew of Betsy’s Biscuit Bomber, a Douglas C-47 World War II transport, which participated in the 75th Anniversary of the Normandy Invasion. The crew, Sherm Smoot (Chief Pilot), Scott Stelzle (Pilot/Crew Chief), John Doyle (Chief Mechanic), Hector Camacho (Pilot), Nick Camacho (Pilot/Mechanic), Shane Wallace (Pilot), Ben McCall (Pilot), and Bill Frost (Pilot Sponsor) will relate some humorous and sometimes serious stories about their flight from California to Normandy and back. They will share behind the scenes action, images, and descriptions of what it was like to be part of this historic journey.

The public is invited to this event, on Aug. 7, and reservations can be made by calling the museum at (805) 296-1935 or online at www.ewarbirds.org/museum/reservations.shtml. Deadline for reservations is 8 p.m. on Monday, Aug. 5. Price for the dinner is $20 per person. Doors will open at 5:30 p.m. with a no host bar (cash only, no credit cards), and the catered dinner will begin at 6:30 p.m. Space is limited.

Betsy’s Biscuit Bomber, was built by Douglas Aircraft Company of Santa Monica in 1943 and designated a C-47B Skytrain. Not really a bomber, she saw action in World War II transporting troops and supplies, and continued service after the war. The airplane was eventually acquired by the government of Israel, from whom it was purchased by a local non-profit organization. The aircraft, owned and maintained by the Gooney Bird Group was restored to flying condition and painted with invasion stripes.

The Normandy Invasion on June 6, 1944 involved the allied forces of America, Britain, Canada, and France and became the turning point of World War II. Some regard it as the event that saved western civilization. The crew of Betsy’s Biscuit Bomber, together with other aircraft from around the world, recreated the flight across the English Channel and infantry parachute drops throughout France, Belgium, and Germany.