–Atascadero resident Eugene “Gene” Elsdon, left this earth April 13, 2016 to join his beloved wife Jane, who preceded him in death 11 days earlier. Theirs was a love that knew no bounds. 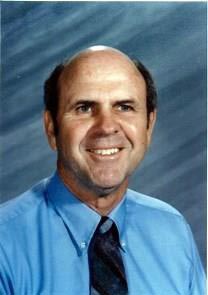 Gene was born in Pelly, Texas and lived there as a young boy until his family moved to Southern California. During high school in Compton he excelled at sports and academics. It was there that he met his wife Jane. As newlyweds they traveled to the east coast where he attended Princeton Theological Seminary, receiving a masters of divinity. He served as a Presbyterian minister for several years and then returned to grad school at the University of California, Riverside, where he earned his Secondary Teaching Credential. The first six years of his teaching and coaching career were spent at Moreno Valley High School in Sunnymead, California.

In 1971 he moved his family to Atascadero, where he taught biology and coached football, basketball and golf at Atascadero High School for 25 years. In 1996 Gene retired as Vice-Principal from Atascadero High School. Upon retirement he developed his talents as an artist. He was a gifted watercolor painter and has created many award winning, beautiful works that have been displayed in several locations throughout SLO County. In 2012 he combined his talents with his wife Jane to publish “Pause on the Path,” a book of his art and Jane’s poetry. A solo exhibit featuring his work from the book appeared at the SLO Museum of Art.

Gene loved nature, the ocean, photography, sports, fishing and golf. He was a quiet, kind and gentle soul.

He is survived by his daughters, Kathy (Jeff) DeCou, Cindy (Robb) Lundskog and grandchildren: Lynsey, Joel (Gretchen), Megan, Austin (Elli), Tiffany (Brooks) and Emily as well as great-grandson Jacob. In memory of Gene, a celebration of his life will be held at a future date, details will be available through Chapel of the Roses. In lieu of flowers, please donate to The National Parkinson Foundation or your favorite charity.