Paso Robles News|Tuesday, January 19, 2021
You are here: Home » COVID-19 » Farmers are plowing down crops due to COVID-19 restaurant closures

Farmers are plowing down crops due to COVID-19 restaurant closures 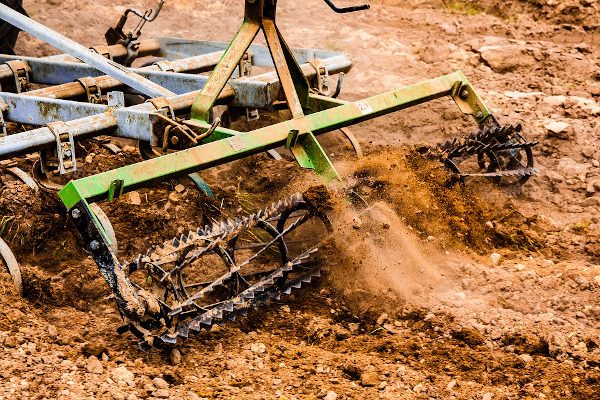 The New York Times, Reuters, other national and local media recently reported farmers are plowing down crops that were earmarked for the foodservice industry. When foodservice businesses like restaurants, cafeterias, hotels, and the cruise industry closed or reduced services due to COVID-19, their corresponding purchases of food items either stopped or slowed. Farmers who make their livings producing for the foodservice industry found themselves facing unexpected losses and a financial crisis.

Central Coast farmers like David Gill of Rio Farms, who earmarked a substantial percentage of acreage to the foodservice industry find themselves with canceled orders and no new markets. At the same time, while farmers supporting the foodservice industry are losing income, those who service the grocery side are experiencing a steady, additional demand for more, said Gill.

The grocery market is “calling for extra product,” said Gill. But it’s not just a simple matter of switching from one market to another.

San Luis Obispo County Farm Bureau Executive Director Brent Burchett said farmers contract with foodservice suppliers such as wholesale brokers or restaurant suppliers like Sysco. Food bound for the foodservice industry is often packaged differently than the grocery market and uses specialized equipment. The wholesale brokers who buy for grocery retail are generally not the same as those who buy for food service.

Growers plant for the demand they see and send their harvests to be processed for specific markets. When a market fails, as with the foodservice market, those crops have no place to go. It’s not easy to switch from one market to another.

“It takes time to build these relationships,” said Gill. Regardless of the market, employees still need to be paid, and harvesting, processing, transportation, and other costs have to be considered. Farmers hold on as long as they can before plowing crops under.

Crops are perishable and have a limited field and shelf life. Most growers donate to food banks but that ability depends on whether the food bank has the capacity to distribute before the food spoils.

Growing for the future 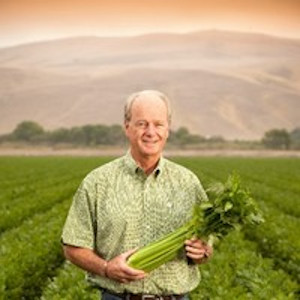 The exact value of crops being lost to the COVID-19 disruption of the foodservice industry is not yet known. An April 15 article in Reuters reports “Cory Lunde, senior director of communications for Western Growers Association, said the impact has been significant because up to $285 million worth of California produce went to restaurants, schools and hotels each week before restaurants shuttered.”

Gill said that the fresh produce industry does not qualify for business interruption insurance. Crops are usually insured for weather-related issues that result in crop losses, but not for events like COVID-19.

In the meantime, while waiting for Federal assistance to kick in, Gill said he intends to plant again. Most farmers will do so, hoping for market improvements, but cut back on acreage or change crops. The time from seeding to harvest can take two to three months depending on the crop.

The United States Department of Agriculture (USDA) program announced the $19 billion dollar program will be broken out in two different programs:

Even with the Federal aid, farmers producing for the food service industry find themselves in difficult times. Gill, who committed 70-percent of crops to the food service industry, said growers are not sure yet how the USDA funds will be accessed. Even when restaurants open, no one knows how long it will take that economic sector to fully rebound.

COVID-19 continues to threaten farmers and agriculture workers on many levels. “Certainly there is a significant concern right now and attention being placed on worker safety and hygiene at the field level and at processing plants,” said Burchett. “If workers get sick, this could become a major problem to food supply. The same could be said about our transportation infrastructure. We need truck drivers, just like we need field workers, and warehouse workers and pesticide applicators, and many other people to get food to your table.”

‘Farmers are still farming, and there will be food,’ says Farm Bureau Director

While farmers across the state and the nation are facing difficult times and no one knows how and when the end of the COVID-19 crisis is coming, San Luis Obispo County residents have enough to eat.

Burchett said “Farmers are still farming, and there will be food in the grocery store. We may see shortages of certain commodities.” Frozen and canned foods seem to be most in current demand in grocery stores and those products are from last year’s harvest.

“We have a vibrant local food economy with smaller farmers supplying local farmers’ markets, CSAs and local restaurants,” said Burchett. Several local farms have farm stands and sell direct to the public, such as MariaRosa farms in Paso Robles. It sells three to four tons of seasonal produce from its honor stand. Local county farms that participate in Community Supported Agriculture (CSA) distribute pre-purchased boxes of seasonal, locally grown produce and other local food items throughout the county.

Tim Parker, Director of Operations for the Food Bank Coalition of San Luis Obispo County said the organization shipped 280,000 pounds of food in February and expects to distribute well over 400,000 pounds in April.

Burchett also said that these difficult times for farmers can increase the public’s awareness about the importance of agriculture. “Farming is incredibly difficult and subject to so many regulations. I wish all consumers could walk a mile in a farmer’s shoes.”