Update: Identity released of man who died in 4-car collision on Highway 101

–California Highway Patrol has identified the man that died in the fatal collision that occurred on Highway 101 on Oct. 26 as John C. Splivalo (67-years-old) from Pleasanton, Ca.

He was driving a 2018 GMC Terrain when his vehicle was rear ended. Splivalo sustained fatal injuries as a result of the collision. 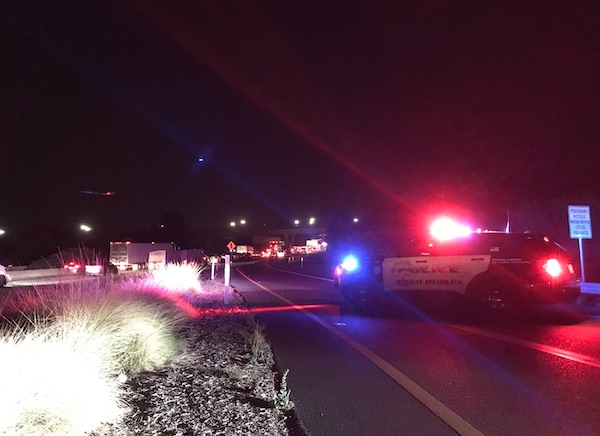 On Monday at approximately 6:52 p.m., a lane closure was in place for the southbound right-hand lane of Highway 101 at the State Route 46 W. offramp in Paso Robles. A CHP unit was on the scene at the closure when a 2009 Chevrolet Silverado, driven by 22-year-old Cahleigh Martin of Templeton was traveling in the right-hand lane at a speed of 60 to 65 mph. She reportedly looked over her left shoulder to clear and confirm it was safe to merge into the inner lane, and made the lane change. When she looked back in front of her and she saw traffic was stopped at a distance of approximately 50 feet in front of her vehicle. She was unable to stop prior to rear-ending a 2018 GMC Terrain which was stopped in the southbound inner lane.

Martin sustained a minor complaint of pain, and the driver of the GMC Terrain sustained fatal injuries. As a direct result of the impact, the Terrain was pushed forward into a 2001 Avalon driven by 35-year-old Louie Bellen of Camarillo, who was un-injured. The Avalon was pushed forward into a stoped 2016 Chevrolet driven by 69-year-old Ralph Buckner of Fountain Valley, who was also un-injured. The collision was north of the actual closure and North of where the construction work was taking place.

Martin was not under the influence of alcohol or drugs and distracted driving did not appear to have been a factor in the crash, according to CHP.

A detour was established to Paso Robles using Vine Street to State Route 46 allowing vehicles to re-enter the freeway.

No further information is available at this time. Victim identification is pending notification of kin. 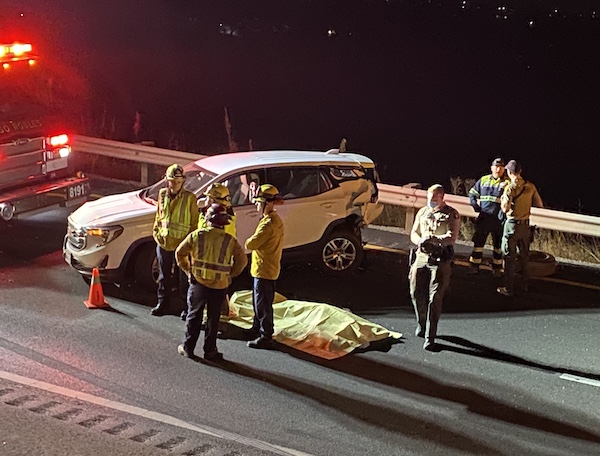 –One person is dead after a multiple-vehicle accident on Southbound Highway 101 in Paso Robles that occurred Monday evening, according to reports.

The crash reportedly happened when a driver tried to change lanes and rear-ended another vehicle, leading to a stack of four vehicles in total, reports say.

The first driver hit sustained fatal injuries as a result of the direct impact. Their identity is not being released at this time.