Jorge Castaneda, a 26-year-old from Paso Robles, arrested by APD

–On Sunday at approximately 7:39 p.m., the Atascadero Police Department received a report of an intoxicated driver traveling east on SR 41 near the intersection of Santa Rosa Rd. The reporting party informed dispatch that the vehicle was involved in a traffic collision.

On arrival, Officers from Atascadero PD located two vehicles involved in a head-on collision. Witnesses advised that the driver of a jeep crossed into oncoming traffic and struck another vehicle. The occupants of the second vehicle received moderate to minor injuries. The driver of the jeep fled the scene prior to the officer’s arrival.

During the initial traffic collision investigation, officers located a male pedestrian who was fatally struck by the jeep, however, had not been initially reported to anyone. Members of the Atascadero Police Traffic Unit, detectives from the Atascadero Police Investigations Unit, and members of the San Luis Obispo Police Department Traffic Unit, were called to the scene to conduct an investigation.

Witness statements and investigation revealed the driver to be Jorge Castaneda, 26 years old, from Paso Robles. Castaneda was subsequently located in Atascadero this morning and arrested by Atascadero Police.

SR 41 was closed for ten hours while the scene was processed and the vehicle was removed.

The name of the deceased victim in this case will not be released pending notification of next of kin.

Anyone who witnessed this collision is encouraged to contact the Atascadero Police Department at (805) 461-5051. 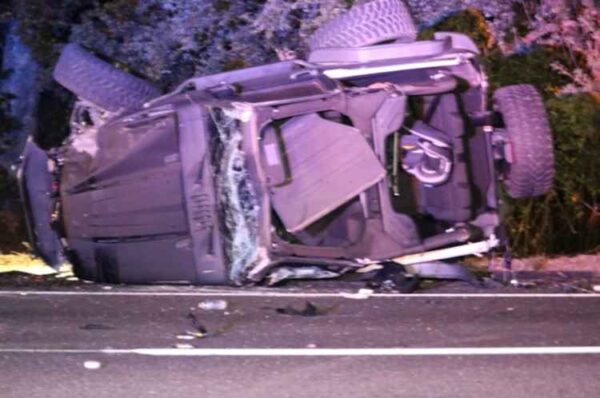 –On Sunday evening around 8:30 p.m., a traffic collision and fatality were reported on Highway 41 between Santa Rosa and San Gabriel roads in Atascadero. 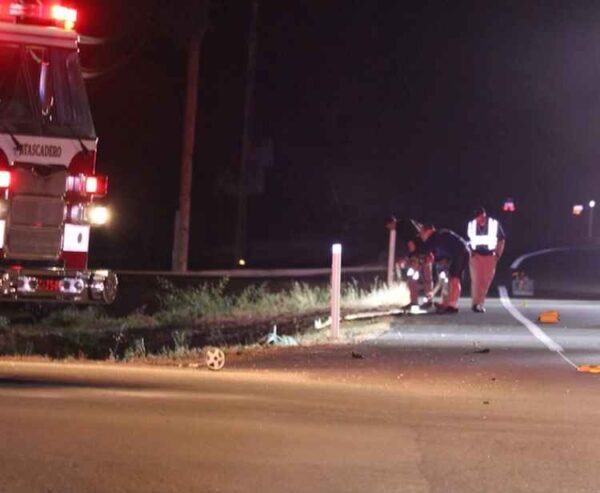 The investigation is ongoing. No further details are available at this time.

-Report and photos by Jason Brock