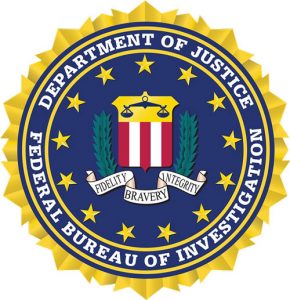 A Paso Robles man was arrested Wednesday and charged with possession and distribution of child pornography.

Stephen Mullen, 38, of Paso Robles was arraigned on the charges Wednesday in US District Court, for the Central District of Calif. He pleaded not guilty to all charges. He was released on a $20,000 bond.

The Federal Bureau of Investigation arrested Mullen at about 7 a.m. Wednesday at a business near the Paso Robles Airport. 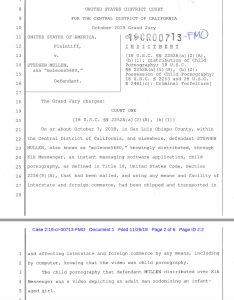 Click the image to read a portion of the grand jury indictment.

The arrest follows an October 2019 indictment that says:

On or about October 7, 2018, in San Luis Obispo County, defendant STEPHEN MULLEN, also known as “moleone5680,” knowingly distributed, through Kik Messenger, an instant messaging software application, child pornography, as defined in U.S. Code. The child pornography that the defendant MULLEN distributed over Kik Messenger was a video depicting an adult man with an infant-aged girl.

Mullen is reportedly unmarried and lives with his mother, people describe him as quiet, according to a source. He is described as brown-haired with glasses. The FBI would not release a booking photo, citing federal privacy policy.

Multiple sources, including a former co-worker at Applied Technologies, confirm the image below, from a Linked-In profile, is the Stephen Mullen arrested on Wednesday. 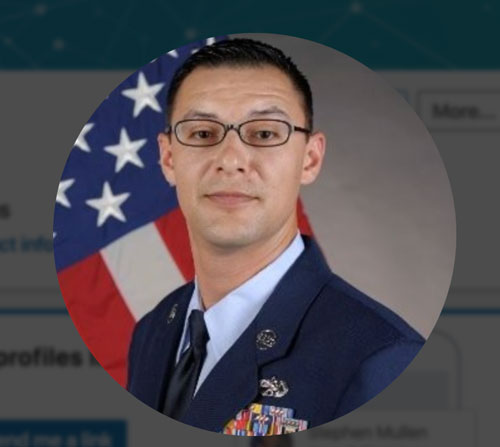 Mullen’s Linked In profile, with a photo of him in a US Air Force uniform, describes him as working 17 years in aircraft electrical and environmental systems.