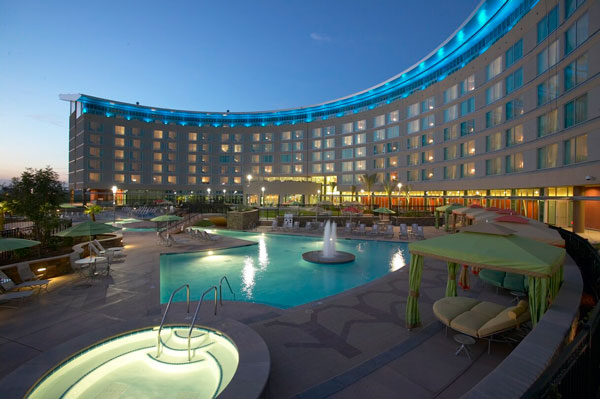 – Governor Gavin Newsom on Monday issued the following statement regarding the U.S. Department of the Interior’s decision to disapprove class III gaming compacts with the Santa Rosa Indian Community of the Santa Rosa Rancheria and the Middletown Rancheria of Pomo Indians:

“This is the second time that the U.S. Department of the Interior has arbitrarily disapproved gaming compacts with the Santa Rosa Indian Community of the Santa Rosa Rancheria and the Middletown Rancheria of Pomo Indians. These compacts were carefully negotiated by the state and the tribes in compliance with the Indian Gaming Regulatory Act, providing the tribes the economic benefits of gaming while mitigating impacts to local communities,” said Governor Newsom.

“Despite the tribes’ efforts to meet with Interior and changes negotiated with the State of California to address concerns expressed by Interior, the Department chose to disregard the interests of the tribes and arbitrarily disapprove the compacts. The disapprovals threaten the ability of these and other tribes to invest and maintain jobs in many of California’s economically disadvantaged communities. The State of California will continue working with Santa Rosa Rancheria and Middletown Rancheria to rectify this decision and avoid its negative impacts,” the Governor added.

“Our compact, which has broad support from local and state officials, was the key to improved housing, healthcare, and economic self-sufficiency for our tribe,” said Leo Sisco, Chairman of the Santa Rosa Rancheria Tachi Yokut Tribe. “Now, with the disapproval of the compact by the U.S. Department of Interior, our tribe will not have the resources to expand the Tachi Palace Casino that would have created new living wage jobs; and benefited an ailing local economy. The chilling effect this decision will have in Indian Country is immeasurable and the financial cost to our tribe will be irreparable,” added Sisco.

“The U.S. Department of Interior’s disapproval of our compact is shocking given that we worked closely with Secretary Haaland’s department to find an agreeable middle ground between the State of California and Interior,” said Jose “Moke” Simon, Chairman of Middletown Rancheria.

“When Governor Newsom apologized recently to California Indian tribes for its historical mistreatment of tribes, I told him that actions will speak louder than words. Indeed, this new compact is Governor Newsom’s actions to honor and respect the tribe and its sovereignty. While California has taken great steps forward, sadly, the betrayal we feel from Secretary Haaland is something we have come to expect from the federal government. The path forward is now paved with stones that will make it difficult to navigate our tribe’s future,” said Simon.