– District Attorney Dan Dow announced today that he will not seek retrial of the case of People v. Rodney Jarmin and Tammy Jordan after a San Luis Obispo County jury was unable to reach unanimous verdicts in the matter concerning events in 2007.

“While we are very mindful of the significance of this case to the individual investors, and our community as a whole, we are convinced there is little likelihood of securing unanimous verdicts at a retrial,” said District Attorney Dow. “Although the conduct occurred in 2007, all of the admissible evidence was presented in a clear and fair fashion by our team and the jury was by all accounts attentive and diligent in their deliberations. I am very proud of the professionalism and hard work of our team and we thank the jury for their time and attention during the lengthy trial.”

The jury trial commenced on October 19th and included four weeks of testimony. On November 28th the jury announced that they were unable to reach unanimous verdicts. When the jury told Superior Court Judge Jacqueline Duffy that further deliberations would not result in a unanimous verdict, she declared a mistrial. The jury’s final vote was split 11 to 1 in favor of not guilty on Count 1 and was split 8 to 4 in favor of not guilty on Counts 2 and 3. After the mistrial, District Attorney Office staff spoke with several jurors regarding the evidence and presentation of the case. After careful consideration of the available evidence, the numerical split of jury votes, the insight provided by jurors, and additional factors, the District Attorney’s prosecution team concluded that a retrial of the case would not likely result in a different outcome.

– Judge Donald G. Umhofer Wednesday granted a motion by the San Luis Obispo County District Attorney to reinstate all felony investment fraud charges and their enhancements against defendants Rod Jarmin, Tammy Jordan, and their business Real Property Lenders, who were charged with embezzlement in early June. 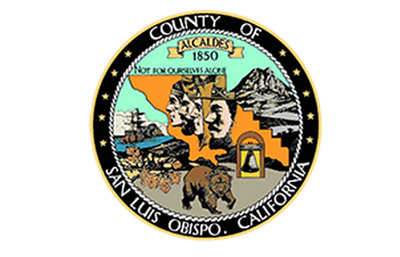 Rodney Jarmin, 75, and Tammy Jordan, 53, who owned Real Property Lenders in Paso Robles, allegedly were not forthcoming about details regarding the sales of securities, according to reports. They were headed to trial last month, but, while a jury was reportedly being selected, a deal was made that would allow the suspects to plead no-contest to the charges as misdemeanors.

The defendants had entered pleas of no contest to the 7 misdemeanor counts on June 10, but the District Attorney immediately announced an intention to seek reinstatement of the felony charges.

At the conclusion of Wednesday’s hearing on the motion, Judge Umhofer recused himself from further participation in the case, and he set the matter for a Trial Setting Conference on July 29, in a department yet to be determined.

After the ruling, District Attorney Dan Dow said, “We are gratified by today’s decision. Judge Umhofer did the right thing in reinstating the felony charges and their enhancements.”