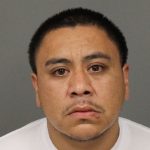 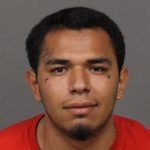 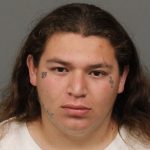 –A 20-year-old female Merced County resident was injured after a fight broke out on the Avila pier this weekend, according to the San Luis Obispo County Sheriff’s Office.

On Saturday at approximately 8 p.m., deputies were dispatched to a report of a fight at the Avila Pier in Avila Beach where a victim sustained a major head injury. While enroute to Avila Beach, deputies were notified that the CHP had stopped a vehicle driven by the four male suspects in this case.

A loaded handgun was recovered from the suspect’s vehicle. Deputies questioned the suspects about the incident as well as the female victim. The incident began when the suspects, identified as 20-year-old Gregory Rodriguez and 18-year-old Nicholas Rodriguez and two others approached the victim and her friends outside the restrooms located on the Avila Pier.

Words were exchanged and then a fight broke out between the two groups. During the fight, witnesses say Gregory Rodriguez grabbed a beer bottle and threw it at the victim, hitting her in the head. The victim was taken to a hospital in San Luis Obispo with a fractured skull.

As a result, three of the four suspects were arrested. Gregory Rodriguez and Nicholas Rodriguez were both arrested for assault with a deadly weapon, assault with a deadly weapon causing great bodily injury and assault causing serious bodily injury. Andrew Michael Alonso was arrested for having a $200,000 warrant out of Fresno for domestic violence. All three are admitted gang members from the Fresno area which resulted in a gang enhancement added to their charges.