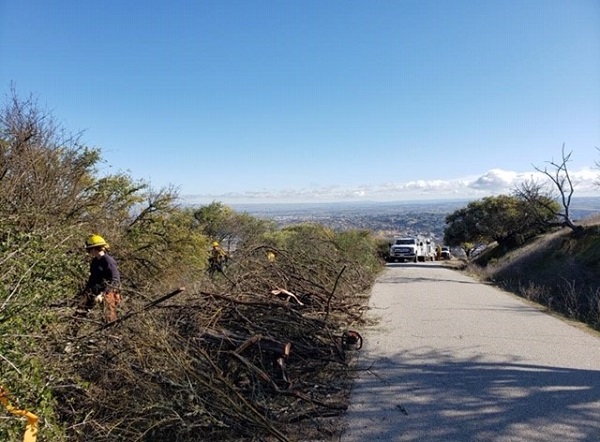 Crews clearing a section of Fern Canyon in Paso Robles.

The 2018 wildfires motivated the city to commit to risk assessments to identify areas that make Paso Robles vulnerable to a wildfire. Fern Canyon was identified as a location where surrounding wildfires could land, ignite, and burn into the city. Battalion Chief Scott Hallett said the project began in late spring 2019 with the assistance of Cal Fire crews and equipment. The project was completed last month with privately contracted hand crews funded by a grant obtained through the San Luis Obispo Fire Safe Council in collaboration with Paso Robles Fire and Emergency Services.

The Fern Canyon project is a shaded fuel break, meaning highly flammable brush is removed but most of the trees are left, after first removing lower branches that could ignite from a brush fire. Removing shrubbery and lower tree limbs eliminate ladder fuels, those fuels that allow fires to burn vertically.

“Typically, with our fuel types on the Central Coast fires are ground or surface fires,” said Hallett. “By removing the horizontal continuity of the fuels and reducing the ladder fuels we can limit or slow the spread of fire. The work on the Fern Canyon project was completed using a small skid steer masticator and hand crews. The vegetation removed with hand crews was then chipped and the material (mulch) was left on site.”

In the event of an approaching wildfire the fuel break is an insertion point to limit the spread. The break becomes a point allowing greater success for using hose lines, dozers hand crews, aircraft and other fire fighting operations.

Paul Esmond, whose property borders Fern Canyon, said, “I’m grateful, along with my neighbors, to Paso Robles Fire and Cal Fire to participate in the Fern Canyon fire control clearance project after over 50 years of dangerous overgrowth. We and the city will sleep better knowing our town, people and homes are much safer. Thank you all the men and women workers.” 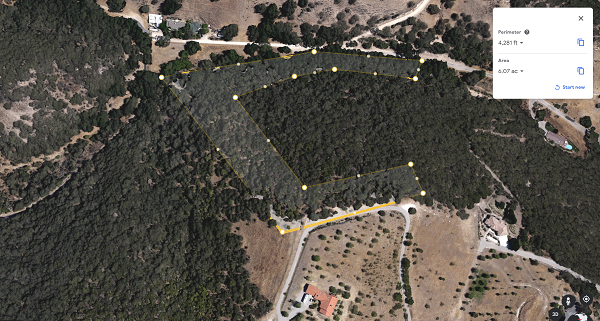