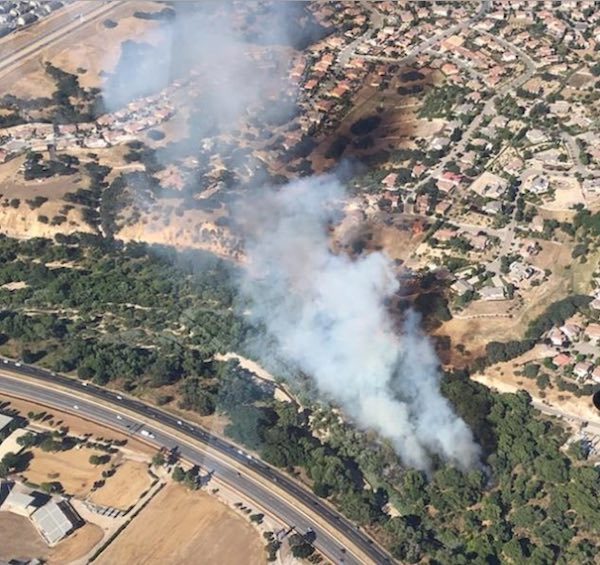 –At approximately 5 p.m. on June 29, Paso Robles Fire and Emergency Services was dispatched to the area of North River Rd. for a vegetation fire.

The first fire engine arrived at scene within approximately five minutes. The initial arriving units found the fire burning in the riverbed with difficult access. The fire was in dense vegetation, wind driven, at a moderate rate of spread, with spotting observed.

North River Road between Union Rd. and River Oaks was closed for approximately five hours due to emergency vehicles working in the roadway.

Total acreage burned was approximately 11.51 acres. Crews continued to mop up the fire on Sunday to reach full containment. The cause of the fire is still under investigation.

Firefighters have contained the fires and roadways are open. There was an additional fire on the 46 East, north of Highway 101, which has also been contained.

–Firefighters from multiple departments responded to a fire burning in the riverbed in Paso Robles on Saturday afternoon, according to reports.

The Paso Robles Police Department closed the North River Road north of Union and ask residents to avoid the area.

No details yet as to a cause or size. Updates will be posted as received.