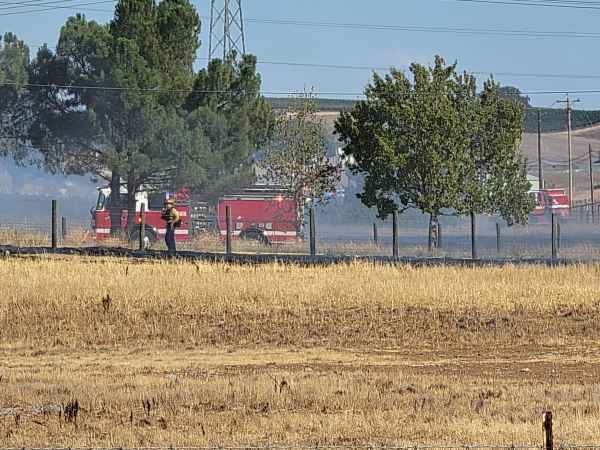 Firefighters respond to a blaze on Creston Road. Photo by Laurel Anderson. 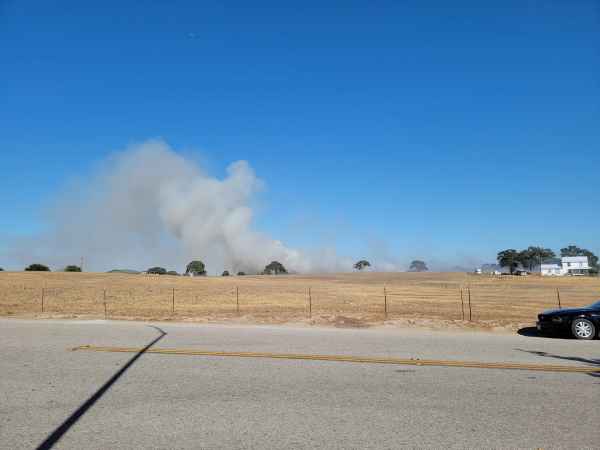 Firefighters identified three roadside starts associated with the incident, the one larger fire in Paso Robles and two fires outside of city limits. Paso Robles City Fire will be investigating the incident.

Cal Fire SLO posted about the incident on their Twitter page:

#FranklinIC (UPDATE) Forward progress of the fire has been stopped at approximately 30 acres. #Firefighters will be committed for another 2-3 hours. pic.twitter.com/mihhaLWnz5

#FranklinIC (UPDATE) Three roadside starts associated with this incident. Two spots in the county and the large fire in the City of Paso Robles. Paso Robles City Fire will be investigating. pic.twitter.com/eMvpBjzqzu