A vegetation fire broke out in Paso Robles Monday afternoon in the Salinas Riverbed under the Niblick Street bridge near Highway 101.

The fire started at about 4:15 p.m. Flames were seen raging over the top of the bridge, just behind Kohl’s department store. Heavy smoke was visible in the downtown from all around Paso Robles. The Paso Robles Police Department briefly closed traffic on the bridge during the incident.

Paso Robles firefighters and other neighboring fire departments and emergency personnel were on the scene working to extinguish the blaze, which was reported to be under control in less than an hour.

The fire is estimated to be about 2.5-acres according to Paso Robles Fire Chief Jonathan Stornetta. He said the fire started just south of the bridge and winds drove it north.

The cause of the blaze is still under investigation. 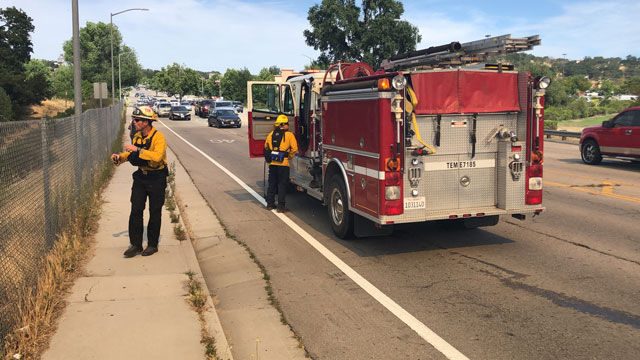 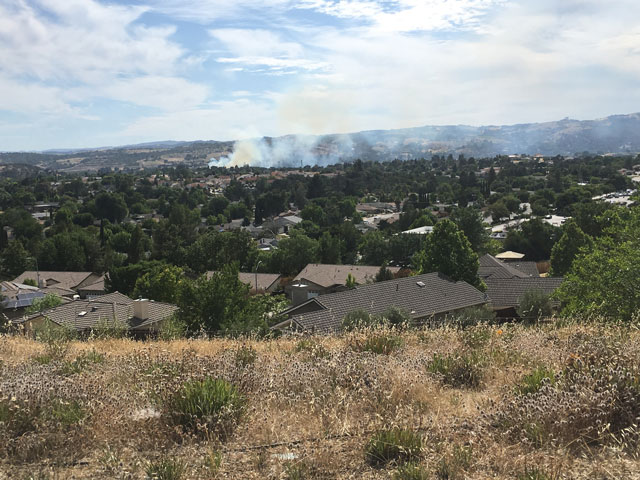 Heavy smoke is seen filling downtown Paso Robles. This photo was taken from the easternmost side of town looking westward at 4:30 p.m. Monday.