Fire ignites behind residences in Atascadero 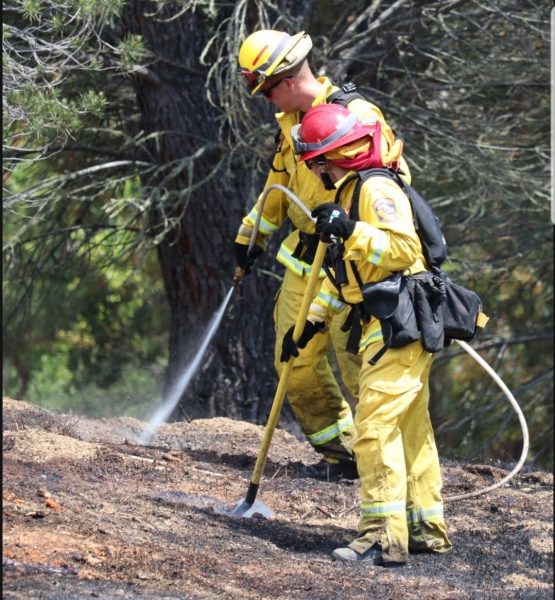 –On Saturday, June 1 at approximately 2 p.m., a vegetation fire was reported at 10225 San Marcos Road in Atascadero. The fire ignited in the open fields and backyards of several single-family residences.

First arriving engines found approximately two acres of grass burning at a moderate to rapid rate of spread, behind several single-family residential structures. Engines were positioned along San Marcos Road to provide structure defense and contain the fire. Fire crews were able to stop the forward progress of the fire and save three homes in the direct path of the fire. 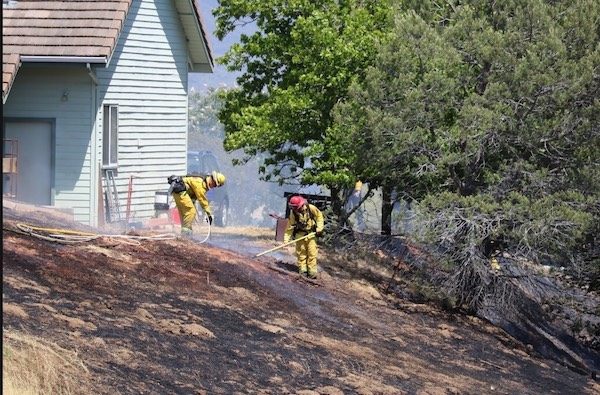 It took fire crews approximately one hour to contain the fire with fire crews remaining at scene an additional three hours to mop up the remaining hot embers.

The cause of the fire was determined to be a lawn mower blade that struck a rock which ignited the grass. An estimated two million dollars in property was saved, according to the fire department.