What is now coined the Polyfire, is holding at approximately 97 acres and is 60-percent contained. Crews will continue working on containment and hot spots today. All evacuations and road closures have been lifted. 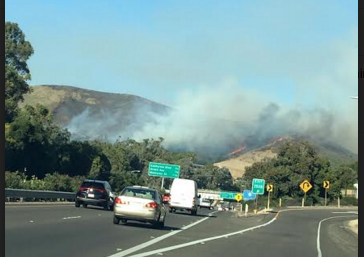 –A fire ignited near the Cal Poly campus in San Luis Obispo Tuesday afternoon. As of 5 p.m., it has grown to 40 acres and is moving away from the campus, according to Cal Fire. Two dorms have been evacuated.

Further details will be posted as received.