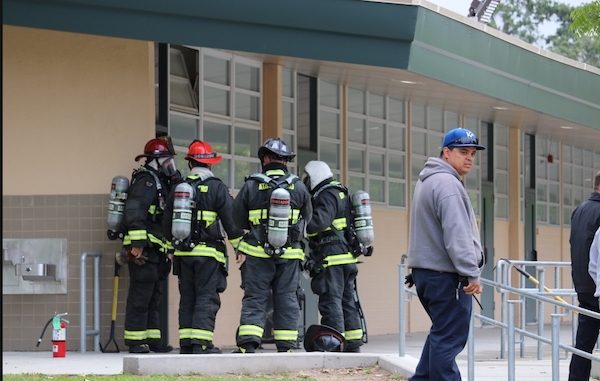 The Atascadero Fire Department has released additional information about the fire that occurred in a bathroom prompting an evacuation of Atascadero High School today.

The time of occurrence was approximately 9:31 a.m. Eight fire fighters responded. The first arriving engine found a bathroom filled with black smoke. Fire personnel made access to the bathroom and found a small fire burning on the floor between two bathroom sinks. The fire was extinguished and smoke was removed. 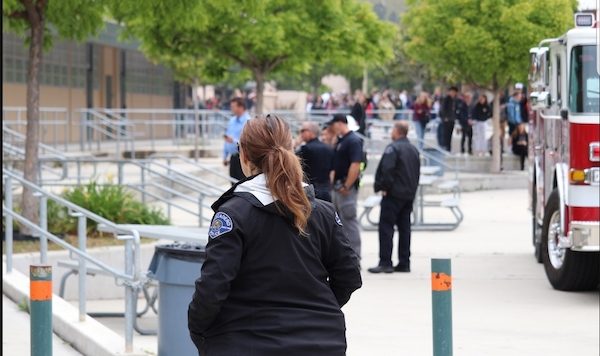 Initially, due to construction on campus, roadways were congested, delaying response time slightly. Also, due to the location of the bathroom on campus, fire engine access was limited. It took approximately 14 minutes for fire fighters to extinguish the fire and remove all the smoke.

The estimated damage to property was $500. Estimated property value saved was $500,000.

Eye witness reports say that the fire was started in a boys bathroom, and that staff were concerned because the bathroom was connected to a classroom. No injuries were reported and students were safely evacuated and then returned to class once the smoke had cleared. 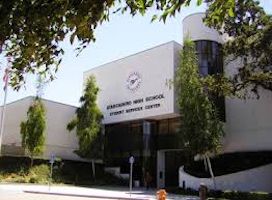 –Atascadero High School was evacuated today at approximately 9:30 a.m. because of a fire reportedly started in a trash can in a bathroom.

The fire was contained to the trash can and didn’t spread, according to reports.

The cause of the fire is still under investigation. Students on campus said it was a boys restroom although this is not confirmed.

Students gathered on the field until the fire was fully contained and smoke was cleared, and then returned to class.