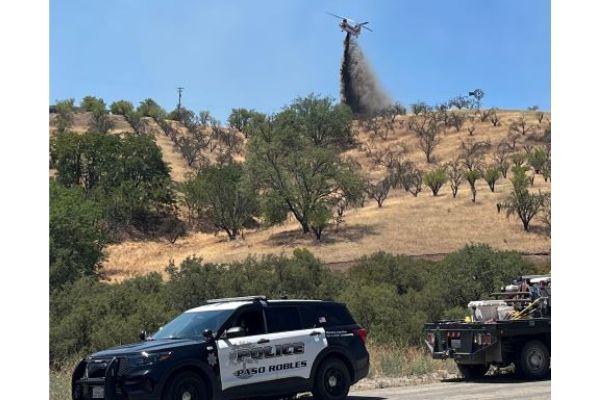 – The Paso Robles Fire and Emergency Services Department released the following update regarding the fire that broke out on Derby Lane Tuesday:

At approximately 11:21 a.m. on Tuesday, Paso Robles Fire and Emergency Services were dispatched to the area south of Derby Lane for a reported vegetation fire. The first arriving unit reported an approximately ¼ acre fire immediately threatening three structures. While crews were attacking the fire surrounding the structures, the fire spotted across Fourth Street to the south igniting the hillside. Crews were able to hold the original fire at one-third of an acre without any structure damage. The spot fire was held in check by Cal Fire aircraft and forward progress was stopped at 8 acres.

Three fire engines and two Chief Officers from Paso Robles responded. Under the cities Automatic Aid Agreement four fire engines, one bulldozer, two hand crews, one Battalion Chief, one air-attack plane, and two tankers from Cal Fire/SLO County Fire, and one fire engine from Atascadero Fire responded. The cause of the fire was determined to be from construction work adjacent to vegetation. 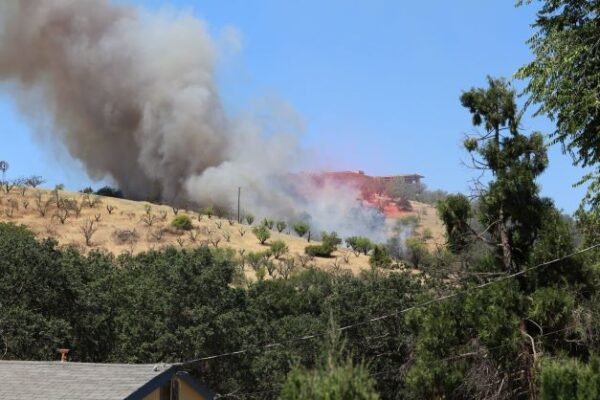 – Crews are working to contain a fire that broke out in the 500 block of Derby Lane in west side Paso Robles around 11:30 a.m. today, according to reports.

An eye-witness captured the following video of fire aircraft dropping fire retardant on a nearby structure:

Fire crews responded to the scene and nearby houses, as well as local business Vineyard Kennels, were evacuated of all human and canine inhabitants. 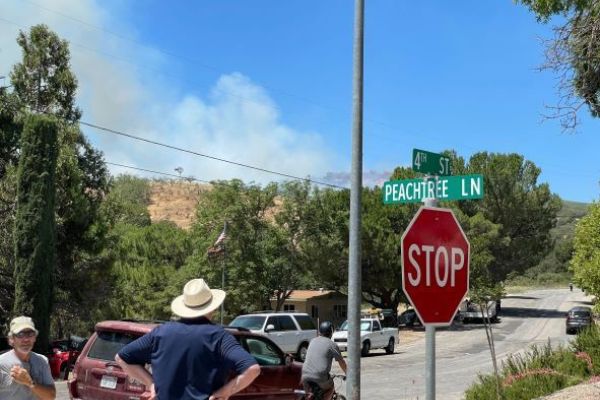 The cause and size of the fire are unknown at this time.

No further information is available, this is a developing story.